You are here: Home / West Asia / Increasing concerns over Daesh activities in Afghanistan

Daesh terrorist group supported by Pakistan has increased activities in Afghanistan, like reported by thekabultimes.gov.af 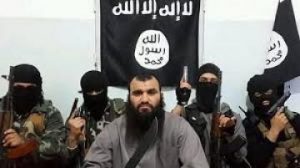 Local officials of Badakhshan have expressed concern that Daesh insurgents might entered the province through Pakistan soon after the weather becomes warmer. It is said Daesh fighters defeated in other countries particularly in Syria and Iraq might be interested in entering Badakhshan province where a number of other Daesh fighters trained by Pakistan are already existed. According to reports, those Daesh fighters who have been recently defeated in Syria and Iran escaped to Pakistan and are trying to enter Badakhshan, located in north-eastern of Afghanistan and bordering Tajikistan, China and Pakistan. Last year, Daesh and other armed insurgents had entered the province through Pakistan and killed many innocent people.

What measures have been taken against Daesh in Afghanistan? When Daesh terrorist group started its activities in Nangarhar two years ago and killed a large number of innocent civilians, Afghanistan national unity government planned and launched military operations against the group which was seriously surpassed in the province. Currently, Daesh fighters have resumed their criminal activities in Nangarhar’s Achin, Haskamina and Battikot districts.
It is said that Daesh group has been given mission by Pakistan ISI to expand its activities in north-eastern province of Afghanistan. The government of Afghanistan is insisting that its national defense and security forces with the support of coalition forces will plan and launch serious operations against the terrorist group in order to root them out during the current year.
The only way to prevent from entering Daesh fighters to Badakhshan province is to patrol and watch along areas bordering Pakistan. Badakhshan police officials say they still could not watch over those areas bordering Pakistan. They say if serious patrolling is conducted by police of both sides Afghanistan and Pakistan, no terrorist group will commute and cross bordering areas.
It is worth mentioning that the main goal of Daesh fighters is to reach central Asian countries through Afghanistan. Therefore, Russia has also contacted Taliban to fight Daesh terrorist group in Afghanistan and save central Asia from possible threats of Daesh, but if Russia honestly wants to prevent from increasing Daesh activities, it should work with Afghanistan national unity government and put pressure on Pakistan, which is supporting all terrorist groups in its soil.
If Russia does not cooperate and work with national unity government of Afghanistan and continue its relations with Pakistan and hit its enemy by enemy, it will face with problems which cannot be addressed and prevented.
According to recent reports, Russian military officials have been seen in Waziristan of Pakistan where they have met with armed Taliban commanders with participation of Pakistan intelligence officials, but Russian officials have denied the reports and said they have met armed Taliban commanders in Waziristan.
Amid of increasing Daesh activities in Afghanistan, NATO has declared that its forces and Afghan national defense and security forces will root out Daesh and other terrorist groups in the country. Nevertheless, military experts have doubted such statements and said NATO and US-led forces would not launch considerable operations against Daesh terrorist group in the country and let the group expand its activities and create problems for central Asia and China.