You are here: Home / Europe / Increase of Hamas and pro-Iran regime members in Berlin 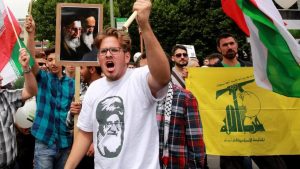 The intelligence agency for the city-state Berlin registered in its newly released report on Tuesday an increase in the number of Hamas, pro-Iranian regime and Muslim Brotherhood individuals, like reported by jpost.com.

According to the 136-page German language document reviewed by The Jerusalem Post, the intelligence agency reported an increase of Hamas members from 70 in 2019 to 80 in 2020.

The State Office for the Protection of the Constitution report covers the year 2020. The United States and the European Union both classify the jihadi movement, Hamas, which rules the Gaza Strip, a terrorist entity.

The document lists an increase of people loyal to the Islamic Republic of Iran in the category: “Others, especially Iranians loyal to the regime.” The report said the increase of pro-Iranian regime supporters rose to 50 in 2020 from 40 in 2019. Iran was cited 13 times in the intelligence report.

The Islamic threat to Berlin numbered 2,170 people and the group is capable of committing terrorism attacks.

The number of Muslim Brotherhood supporters rose from 100 in 2019 to 150 in 2020, according to the intelligence report.

The agency to protect the constitution documents serious threats to Berlin’s democratic order. The intelligence agency is the rough equivalent to Shin Bet (Israel Security Agency).

There are 450 documented violent Salafists in Berlin from a sector of 1,100 radical Sunnis.

The report noted that Iran’s regime, along with Russia and China, is active in cyber espionage. “Iranian cyber actors are also trying to gain access to protected information in Germany. A major cyberattack campaign was recently discovered in which employees of German companies received fake job offers by means of spear phishing emails,” the intelligence agency stated.

The intelligence report said about the Iranian cyberattack: “When executing the corresponding applications, malware could be loaded onto the computer unnoticed. One reason for the increase in Iranian cyber operations in Germany is likely to be the political tensions in the Persian Gulf region.”

The report added that “Iran has a fundamental interest in obtaining political and economic information” and “to circumvent existing sanctions” against the regime in Tehran.