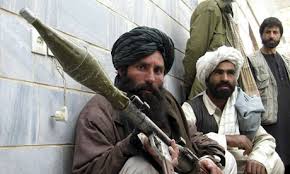 Fighters loyal to Islamic State have seized substantial territory in Afghanistan for the first time, witnesses and officials said, wresting areas in the east from rival Taliban insurgents in a new threat to stability.

Witnesses who fled fighting in Nangarhar province told Reuters that hundreds of insurgents pledging allegiance to Islamic State pushed out the Taliban, scorching opium poppy fields that help to fund the Taliban’s campaign to overthrow the Afghan government.

They also distributed directives purportedly from Islamic State’s Middle East-based chief Abu Bakr al-Baghdadi, although it was not clear whether he issued them for the Afghan theatre or if previous edicts may have been translated.

“They (IS loyalists) came in on many white pickup trucks mounted with big machine guns and fought the Taliban. The Taliban could not resist and fled,” said Haji Abdul Jan, a tribal elder from Achin district.

Jan, who saw the early June clashes before fleeing to the provincial capital of Jalalabad, said some villagers welcomed the new arrivals.

“Unlike the Taliban, they (IS) don’t force villagers to feed and house them. Instead, they have lots of cash in their pockets and spend it on food and luring young villagers to join them.”

Their accounts are the clearest sign yet that, beyond a few defections by low-level Taliban leaders and sporadic attacks, Islamic State sympathisers pose a more persistent threat.

IS loyalists, mostly former Taliban disillusioned by the movement’s unsuccessful bid to return to power in Kabul, are accompanied by dozens of foreign fighters, witnesses said.

The IS’ black flag has been hoisted in some areas, and foreign fighters preach in mosques through translators.

The identity of the non-Afghan insurgents is not known. Hundreds of militants from around the world already hide out along the Afghan-Pakistan border.

Local officials said fighters following IS have seized some territory from the Taliban in at least six of 21 Nangarhar districts.

Battles between the rival militants are ongoing in Khogyani and Pachir Agam districts, they said.

While the central government controls the vast majority of Afghanistan, events in Nangarhar are ominous for security forces struggling to contain the Taliban insurgency after most NATO forces withdrew six months ago.

IS supporters have proved ruthless, reportedly beheading several Taliban commanders, and IS’ success in taking over swathes of Iraq and Syria underlines the risks to Afghanistan.

Government officials and the U.S.-led training force question whether IS can gain a significant foothold in Afghanistan, given that direct links with the Middle East have not been proven and the Taliban remains dominant.

However, IS loyalists in Nangarhar are described as organised and well funded.

Under the shade of a mud wall in a makeshift refugee camp in Surkh Dewal outside Jalalabad city, about 30 men recalled encounters with IS fighters. The areas they come from are considered too dangerous for journalists to visit.

Abdul Wali, a green-eyed refugee from Achin in his 20s, said he listened to foreign fighters preaching in Arabic in local mosques through translators.

“They tell them about Islam and what people should do and should not do,” Wali said.

One letter smuggled from Pachir Agam district was purportedly from Baghdadi.

“All Mujahideen fighters are invited to carry out this holy war under one flag, which is the Islamic State,” it said.

The Taliban, who issued their own warning to IS not to interfere in Afghanistan, acknowledged losing ground in Nangarhar, but said their rivals were not Islamic State.

“They are thieves and thugs … We will soon clear those areas and free the villagers,” said Taliban spokesman Zabihullah Mujahid. The movement ruled Afghanistan from the mid-1990s until 2001, when a U.S.-led campaign helped oust it from power.

Witnesses said IS fighters had established a stricter regime in Nangarhar than the Taliban, who, while still harsh, softened their rule to gain popular support, said Malek Jan, a tribal elder who fled Spinghar, another affected area.

“They (IS) burned poppy fields in Shadal village and banned shops from selling cigarettes,” Jan said.

IS loyalists in Nangarhar appeared to have other sources of money. Several people said they had plenty of cash, and some heard militants were selling gold, unusual for the area.

It is unclear where the money is coming from.

While there is little evidence of direct links between IS in the Middle East and militants fighting under its banner in Afghanistan, officials in Kabul worry that money and personnel may begin to flow, taking the war to a new level.

He added NATO had “not seen any indication” that IS had completely driven out the Taliban from parts of Nangarhar, and said any foreign fighters were likely to be global jihadists established in the region, and not newcomers.

Government forces in Nangarhar confirmed clashes between the Taliban and IS offshoots, but army spokesman Atefi said they were not targeting IS militants.

Achin’s district chief, Malek Islam, also said Afghan forces were not confronting IS fighters, who he said were “almost everywhere in the district”, but were targeting the Taliban.

“They (IS) haven’t attacked us, and we haven’t engaged them either,” he said.

Islam spoke by phone from Achin’s district centre, which the government holds despite having limited control beyond, as is the case in several districts in Afghanistan’s east and south.

“We have launched a couple of clearance operations in some districts of Nangarhar and we will continue to do so to deny any terrorist group territory,” Olomi said in a statement.

Michael Kugelman, a South Asia scholar at the Woodrow Wilson International Center in Washington, said while most Afghan militants remained loyal to the Taliban, the IS “brand” of more brutal tactics appealed to some younger fighters.

Adding money into the mix could add to the attraction.

“For some hardened and impressionable radicals, bling could be as appealing as barbarity,” he said.