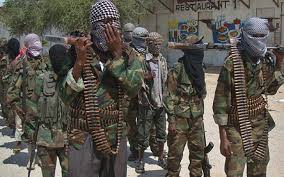 Iran has established covert ties with the Somalia-based al-Shabab terrorist group well known for its attacks in the Horn of Africa. Following Russia’s playbook in Afghanistan and the surrounding regions, Tehran is allegedly using al-Shabab to attack the U.S. military and other foreign forces in Somalia and in the region, according to senior Somali government and security officials familiar with intelligence and briefed on the matter, like reported by foreignpolicy.com.

Using financial inducements as their means for recruitment, Iran has a proxy network in Somalia and uses facilitators to provide support to violent extremist organizations to counter the influence of the United States and Persian Gulf states, including using Somalia to funnel weapons to Houthi rebels in Yemen and to transit weapons to other countries such as Kenya, Tanzania, South Sudan, Mozambique, and Central African Republic.

Iranian engagement on the African continent is not new. In particular, Iranian religious groups and intelligence agencies have worked for decades to establish missionary and influence operations on the African continent. These include providing religious scholarship opportunities throughout sub-Saharan Africa and in the Horn region competing and countering Gulf states’ influences.

Furthermore, these educational efforts have allowed Africans to study in Shiite religious centers such as Qom in Iran, and then go back to their countries to engage in both direct and indirect proselytizing in favor of Tehran’s activities, making many of them witting or unwitting accomplices to those pursuing Tehran’s intelligence objectives in the region.

The Islamic Revolutionary Guard Corps is the main Iranian organization in Somalia, and its Quds Force has established relations with extremist groups and criminal networks, according to Somali officials. Somali police and finance ministry officials claim the Quds Force uses these networks to smuggle Iranian oil into Somalia and then sell cheap oil across Africa to subvert U.S. sanctions, with some of the proceeds used to support militants in Yemen and Somalia.

Somali military officials maintain that Iran has been running secret operations to undermine the United States in Somalia, providing sophisticated weapons, improvised explosive devices, mortars, and chemicals used to make bombs. The military officials allege that Iran and its proxies are complicit in al-Shabab attacks on the U.S. military, Somali forces, and the African Union Mission in Somalia. A senior military official involved in operations against al-Shabab in south-central Somalia alleges that al-Shabab has received financial and material support from Iran and may have paid bounties to militants to attack U.S. forces in Somalia and the region.

According to Somali defense ministry and security officials, Iranian money, weapons, and ammunition may have been used in 2019 and 2020 al-Shabab attacks on U.S. military bases in Somalia and northern Kenya, as well as the European Union military convoy in Mogadishu.

Security forces involved in operations against al-Shabab in south-central Somalia discovered weapons as well as bomb-making materials and chemicals from Iran. These officials claim that al-Shabab attacks since 2017 have become more lethal and attribute the group’s increased capabilities to foreign-sourced weapons, with the majority coming from Iran and Yemen.