You are here: Home / MidEastGulf / In Kuwait, Iran’s Zarif calls for ‘United front’ against terror 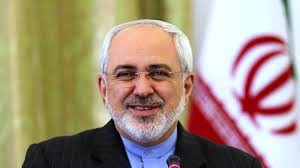 Zarif’s comments were made in his first regional trip since his country reached an agreement with world powers on the country’s nuclear program, an agreement that raised fears among Iran’s Gulf Arab neighbors.

“Any threat to one country is a threat to all … No country can solve regional problems without the help of others,” he said at a news conference hosted by the Iranian Embassy in Kuwait.

Zarif urged Iran’s neighbors to cooperate against the common threat of “terrorism, extremism and sectarianism,” but insisted that Tehran’s regional policy will not change.

“Our message to the countries of the region is that we should cooperate to face the common threat,” Zarif told reporters, according to the Daily Star.

“Iran has always supported the people of this region in confronting the common threat which is terrorism, extremism and sectarianism,” he claimed.

At the same time, Zarif also insisted that in order to spur cooperation in the region, it was up to other states to change their policies, not the Islamic Republic.

“What is needed is not a change in Iranian policy but a change in the policy of some countries that want conflict and war in this region,” Zarif said in a direct reference to Iran’s main regional rival Saudi Arabia, but without naming it.

The visit to Kuwait is part of a charm offensive by Iran to secure the trust Gulf states following the deal with Iran.

Arab states have been expressing their concern about the terms of a deal with Iran. The major Sunni states have warned that a final agreement could allow Shiite-dominated Iran, their regional rival, to keep the technologies needed to produce nuclear weapons.

Saudi Arabia’s opposition to the deal was so great that in May, when Saudi King Salman decided not to attend a summit at Camp David with U.S. President Barack Obama, the move was seen as a snub of Washington due to the talks with Iran.

Saudi Arabia’s Foreign Minister Adel al-Jubeir recently warned Iran not to use the nuclear deal to pursue “adventures” in the Middle East, advising it to use the deal to improve its own economic situation.