You are here: Home / MidEastGulf / In Iran, fake news is old news 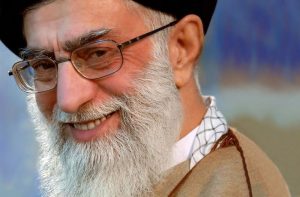 While Western countries are only lately waking up to fake news, we in Iran have been drowning in it for years, like reported by iranwire.com.

In our case, fake news – basically all news coming from official sources – has one objective: to keep the regime in power.

Take the supreme leader’s threatening remarks about the US Senate voting to extend the Iran Sanctions Act.

“It would surely be against the JCPOA [the Joint Comprehensive Plan of Action, or the nuclear agreement]”, he said.  “And the Islamic Republic would definitely react to it.”

In fact, it does not violate the JCPOA in any way.

“The current US government has breached the nuclear deal on many occasions,” Khamenei is also quoted as saying on his website.

This too is completely false — 100 percent fake news.

We all know that Ali Khameinei is not the only leader who tells lies. Donald Trump has been filling the US airwaves with a steady stream of them since he took office. The difference is that the American system has reacted to expose the lies –  fact checkers, independent judges, the media, and leaking intelligence agencies have all fought back against Trumpian whoppers.

That won’t and can’t happen in Iran.

For centuries, whatever demagogue heading our country has been surrounded by advisers, ministers, secretaries and think tank experts chosen chiefly for their skills as yes-men. Dissenters have traditionally been excommunicated, dismissed, exiled or even executed.

In Western governments, the cabinet and inner circle have a duty to challenge and steer the leader. Every few years, the people have a chance to can get rid of the leader and his cohort by voting for change.

But in Iran, every new leader knows his priority in taking office is to dismantle all mechanisms – social and legal – that might be used to topple him.

Occasionally, when the regime has been in crisis, it’s been known to recruit a straw man – an outsider to acknowledge public discontent and (sometimes quite sincerely) promise reforms. Then, when the threat has passed, the straw man is either discredited — usually by being labelled a foreign spy — or jailed, marginalized, banished or killed.

What matters most in our despotic regime is – in the words of the post-Revolutionary power brokers – the “continuity of the system,” even if runs counter to Iran’s true national interests.  (Of course, the supreme leader seeks to convince Iranians that his own interests are the same as Iran’s.)

The name of the despot-in-chief may have changed over the years — Shah, Khan, supreme leader — but the method of consolidating and clinging to power has remained the same.

In his book Pivot of the Universe, my favorite professor of history at Yale University, Abbas Amanat, says that’s the main reason Iran has failed to evolve into a functioning democracy.

For students of history and politics — see page 446, where he writes, “The themes of Nasir al-din [the Shah of Qajar whose long reign lasted from 1848-1896] persisted in some respects throughout the Pahlavi monarchy to prevail over the premiership. The tension to which this old struggle gave rise, most notably in the Mossadegh era, remained a major obstacle to the growth of democratic institutions in Iran.”

We are currently watching that old struggle play out one more time – between the supreme leader and President Rouhani’s elected government. The leader seems determined to undo any progress that Foreign Minister Zarif and negotiators have achieved at the nuclear negotiating table because it threatens his own power and authority. Even if that means telling falsehoods.

Americans, take heart.  You know for sure that President Trump will only be in charge for, at the very most, eight years.

Here in Iran, our elderly supreme leader is likely to die in office.  We’re then likely to get a new one cast from the same mold, who will govern in the same despotic way, and — yes — spout more of the same self-serving lies.