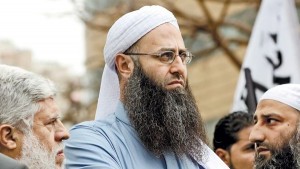 In recent weeks, police in Tajikistan have been issuing warnings to women wearing Islamic hijab and shaving off men’s beards.

The campaign seems to have been sparked by a speech that President Imomali Rahmon made last month. Since then, police have been stopping people deemed to have the “wrong appearance” in streets and marketplaces across Tajikistan. Experts say that while official fears of radical Islam are legitimate, this is a ludicrous way of addressing them.

Although Tajikistan’s population is overwhelmingly Muslim, official suspicion of the hijab and other outward expressions of the faith are nothing new. In recent years, clerics loyal to the government have denounced them from the pulpit as “un-Tajik”, and women have been told not to come to work, school or university in hijab. (See Islamic Dress as Bar to Female Education in Tajikistan .)

The authorities frequently jail people for joining well-established groups like Hizb ut-Tahrir and the Islamic Movement of Uzbekistan, and video footage of Tajiks fighting alongside Islamic State in Syria have sparked fears that this new movement might try to establish a presence locally. (See Countering Extremism in Tajikistan on the issues.)

In a televised speech on March 6 ahead of International Women’s Day, President Rahmon said hijab was alien to Tajik tradition, and he encouraged women to wear national dress instead. Traditional long dresses and headscarves are still a common sight in Tajikistan, and are usually brightly multicoloured instead of the black associated with the hijab.

Immediately after his speech, TV channels ran programmes which alleged that the hijab was often used as cover by young women involved in prostitution.

This was followed by instructions from local government offices to shut down shops that sold Islamic styles of clothing for women. The mayor of the northern city of Khujand, Rajjabboy Ahmadzod, was first to issue the order to police, and was soon followed by others around the country.

Mahmadsaid Ubaydulloev, mayor of the capital Dushanbe, instructed the local trading standards office to take action to remove “alien” clothing from all shops in the city, and prevent more coming in.

Police then started stopping women and threatening them with fines or dismissal from their jobs unless they discarded the hijab.

He continued, “When the women said they should have been given a first warning and only then taken to a police station, an officer replied, ‘Your first [warning] was on TV. Don’t you watch TV?’”

Police officers also stopped bearded men and in some cases forcibly shaved them.

Rustam Gulov, a well-known blogger and human rights activist from the city, described being taken to a police station where three officers took a razor to his beard despite his protestations.

He saw a large pile of beard shavings on the floor.

“It looked as though around 200 men had had their beards shaved off,” he said.

Gulov, who is a member of the Public Council for Police Reform, filed a complaint to Interior Minister Ramazon Rahimzoda and also reported the case to international human rights organisations.

On April 19, video footage appeared on YouTube showing a policeman detaining a bearded man, saying, “How old are you? If you don’t shave your beard yourself, I’ll do myself – dry. I don’t want to see this again. You mustn’t grow a beard.” The officer then turns to the man’s hijab-clad female companions and says, “This is Tajikistan, not Turkey or Saudi Arabia.” Finally he grabs the man and takes him away.

Farishta, a 21-year-old saleswoman at the Saodat shopping centre, lost her job for wearing a headscarf deemed too Islamic. She says police began raiding shops in March, but she always hid before they arrived.

One day she was spotted by three policemen, two of them from the local precinct and one seconded from the interior ministry.

“They began asking me personal questions. I asked them who they were and why they were asking such questions. They replied, ‘A law has been passed and you are disobeying it and still wearing hijab’. Since I had watched the president’s speech, I told them that he never mentioned anything like that; he was annoyed with black robes. I was wearing a national dress with a headscarf.

“The policemen just said the president’s word was the law.”

Farishta said the police threatened to impose fines on her.

“They approached me and my bearded male colleagues. They told us that if the women didn’t remove their headscarves and the men didn’t shave off their beards by the following day, each of us would be fined 500 somoni [about 80 US dollars],” she said. “They said this was an initial penalty, and if they saw us like that again, it would be 750 somoni, 1,200 the third time, and the fourth time they would detain us and take us to the police station.”

These would be large fines as Farishta was earning 550 somonis a month.

In early April, her employers said they had been threatened with a fine of 3,000 somoni, so she would have to remove the headscarf or leave.

“There was no other way, even though my family depends on my job. I couldn’t remove my hijab because it is ‘fard’ [religious obligation]. That’s the only thing that consoles me,” she said.

In mid-April, the government committee for religious affairs announced that only people aged 35 or over would be allowed to go on the Hajj, the pilgrimage to the holy places of Islam. The committee said it was imposing the age limit because Saudi Arabia was restricting the quota of pilgrims allowed from each country.

On April 21, the interior ministry appeared to backtrack on the policy of coercion. Spokesman Jaloliddin Sadriddinov said no orders had been issued to forcibly remove headscarves or shave off beards. Instead, police had been asked to “raise awareness” about the issues among members of the public, especially young people.

Six days later, Deputy Interior Minister Ikrom Umarzoda said police who shaved off beards would face “disciplinary measures”, although he told the Asia Plus news agency that his office had only received three complaints about this.

Experts say the sledgehammer manner in which the policy is being implemented in practice is not an effective way of countering extremism, and is likely to breed resentment.

“Any unlawful action or coercion will yield the opposite effect,” lawyer Faizinisso Vohidova told IWPR. “It seems like officials are actually trying to destabilise society.”

The only reason why hardly anyone had complained, she added, was that “judges in Tajikistan aren’t independent… other state agencies don’t protect civil rights, either, so people are disillusioned and believe going to court is a waste of time”.

Political scientist Parviz Mullojanov pointed out that it was impossible to spot extremists by their appearance, anyway.

“There are many moderate believers who dress strictly according to Islamic standards, yet they have a negative view of radicals,” he said. “On the other hand, members of clandestine extremist organisations have learnt to disguise themselves really well. These days, most of them, especially the leaders, don’t have an Islamic appearance as they don’t want to catch the law enforcement agencies’ eye.”

Khursand Khurramov, another political analyst in Dushanbe, warns that some moderate-but-bearded men will turn against the authorities.

“This government policy decision, designed to counter radicalism, is itself a clear catalyst for radicalism,” he said. “History shows that coercive prohibition never produces the desired outcome. It confers power as a temporary result, but it inevitably leads to social conflict with all the consequences that entails.”

Andrei Serenko, a member of the League of Experts of the Post-Soviet Space, said Tajikistan seemed to be repeating the mistakes of the Soviet Union, which similarly tried and failed to counter expressions of faith. The policy reflected confusion in government, he said.

“When they don’t know what to do or how to react to what they see as a threat, they resort to the simplest course of action – intimidation as a response,” Serenko said. “Officials in Tajikistan seem to believe that if there are no bearded men in this country, then radical Islam will disappear, too. However, logic suggests quite the contrary. The war on beards shows that the authorities aren’t coping, and that has to be a sad thing.”