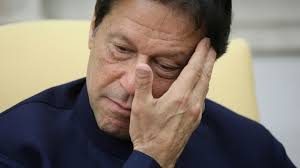 Pakistan’s Prime Minister Imran Khan admitted that the Pakistan army and its Inter-Services Intelligence (ISI) trained the Al Qaeda and other terrorist groups in Afghanistan, like reported by livemint.com.

Speaking at the Council on Foreign Relations think tank in New York, Khan also said his country committed “one of the biggest blunders” by joining the US in its hunt for the perpetrators of September 2001 terror attacks. The previous governments “should not have pledged what they could not deliver,” Khan said, referring to former army chief and president Pervez Musharraf’s decision to side with the US.

“The Pakistan army, the ISI trained the Al-Qaeda and all these groups to fight in Afghanistan,” he said in response to a question on whether there was an enquiry conducted into how AlQaeda mastermind Osama bin Laden came to be hiding in Pakistan.

US special forces took out bin Laden in a top secret mission in May 2011 in Abbottabad, a military garrison town in Pakistan.

“(So) There had to be links (with the Al Qaeda) because they trained them. Now as I said, after 9/11 when we did a 180 degree turn and went after those groups. Not everyone (in the Pakistani military) agreed with this. The army people did not agree with this and so there were more insider attacks in Pakistan. There were two attacks on General Musharraf which were from inside,” Khan said.

“The (Pakistan) Army chief, the ISI chief had no idea about this (bin Laden being in Pakistan). I know this because they were listening to their conversation the night the raid took place and they said so. So if there was (any knowledge of Osama bin Laden in Abbottabad) it took place at lower levels,’ he said.

On Pakistan joining the US-led War on terrorism in 2001 after the 9/11 attacks, Khan said “Pakistan took a real battering in this,” he said, adding that Islamabad should have stayed neutral in the conflict.

“In the 1980s, when the Soviets invaded Afghanistan, Pakistan, helped by the US, organised the resistance to the Soviets. The ISI (Inter-Services Intelligence) trained militants who were invited from all over the Muslim world for jihad against the Soviets,” Khan said. “And so we created these militant groups to fight the Soviets… Jihadis were heroes then. Come 1989, Soviets leave Afghanistan, the US packs up and leaves Afghanistan… And we were left with these groups,” he added.

“Then comes 9/11, and Pakistan again joins the US in the war on terror and now we are required to go after these groups as terrorists. They were indoctrinated that fighting foreign occupation is jihad but now when the US arrived in Afghanistan, it was supposed to be terrorism,” Khan said.

He said there could be no military solution in Afghanistan, adding he will ask US President Donald Trump to resume peace talks. “For 19 years if you have not been able to succeed, you are not going to be able to succeed in another 19 years,” he added.

Pakistan was one of the three countries along with the Saudi Arabia and the United Arab Emirates that recognised the Taliban government in Afghanistan before the US invasion in 2001. After the US invasion, following the 9/11 attack, Pakistan supported the US forces against the Taliban.