You are here: Home / MidEastGulf / IMF warns Saudi Arabia may become bankrupt by 2020 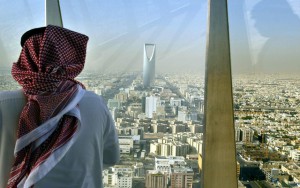 The International Monetary Fund (IMF) has warned that Saudi Arabia may go broke by 2020 unless it changes policies, according to media reports.

In its Regional Economic Outlook for the Middle East, the global lender predicted the country to run a budget deficit of 21.6 percent of its GDP in 2015 and 19.4 percent in 2016.

If oil prices remain as low as they are, and the government maintains current economic policies, Saudi Arabia “would run out of buffers in less than five years,” the Washington-based lender said, according to the Christian Science Monitor.

The IMF’s Middle East Director Masood Ahmed told reporters in Dubai that falling oil prices have caused the region’s exporters to count a loss of $360 billion in this year alone, reports Al Jazeera.

It also said that forex reserves of the Middle East’s biggest economy have fallen by almost $73 billion, since the oil-price slumped, leaving it at $645.50 billion.

The kingdom generates 90 percent of its income from oil revenues.

The region’s current circumstances make economic diversification away from oil all the more urgent, as low oil prices are likely to persist, said the IMF the report.