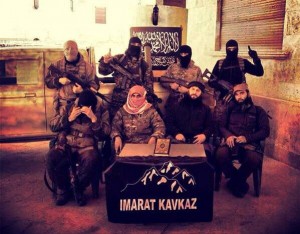 Syrian forces have freed five towns on the south-western outskirts of Aleppo and killed a ringleader of the Imarat Kavkaz terrorist organization during the operation, Suria al-An information portal said on Thursday.

The portal did not provide the name of the ringleader. Imarat Kavkaz is banned in Russia and mostly consists of mercenaries.

A spokesperson for Syrian Armed Forces said that government troops drove the enemy from the outskirts of Aleppo, around 350 kilometers from capital Damascus.

“Militants are retreating in panic, their defense lines have been breached. [Syrian] forces are regaining control over areas adjacent to the strategic Damascus-Aleppo highway,” the spokesperson said.

Russian Aerospace Forces started delivering targeted strikes against IS facilities on September 30. Modernized Su-24M and Su-25 aircraft, as well as Su-34 bombers and Su-30SM fighters were deployed to the aviation unit of Russia’s Aerospace Forces formed in Syria.

All strikes were made after air reconnaissance and update of data obtained from the Syrian army headquarters. Aircraft armaments were not used to hit civil infrastructure facilities or areas near them.