You are here: Home / West Asia / IIslamic State claims killing of Christian in Bangladesh as ‘lesson to others’ 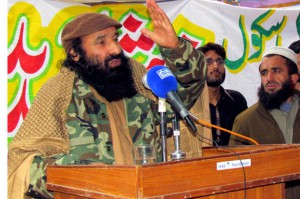 Islamic State claimed responsibility for stabbing a Christian to death in Bangladesh as a “lesson to others”, an online group that monitors extremist activity said, the latest killing declared by the militant group in the Muslim-majority nation.

The South Asian country has seen a surge in Islamist violence in which liberal activists, members of minority Muslim sects and other religious groups have been targeted.

The group reported on Twitter that a “security detachment” killed the “preacher” to be a “lesson to others”.

Police said the 68-year-old victim converted to Christianity from Islam in 1999 but was not a preacher.

Kurigram district police chief Tobarak Ullah said three attackers stabbed him while he was having his morning walk.

Three men were picked up for questioning, he said.

Over the last few months, Islamic State has claimed responsibility for the killings of two foreigners, attacks on members of minority Muslim sects and other religious groups, but police say domestic militant group Jamaat-ul-Mujahideen was behind the attacks.

At least five militants of Jamaat-ul-Mujahideen have been killed in shootouts since November, as security forces have stepped up a crackdown on militants seeking to make the moderate Muslim nation of 160 million a sharia-based state.