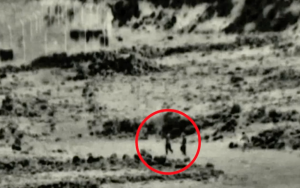 Israeli forces foiled an attempt to place bombs along the border with Syria, opening fire and hitting four “terrorists,” the Israel Defense Forces said after midnight Sunday, like reported by toi.com..

The incident comes with the military on high alert for an attack by Hezbollah, which is seeking revenge for a fighter killed in an airstrike attributed to Israel.

The army said “an IDF force and an aircraft opened fire together on the four-member cell and hit them.”

There were no casualties to the IDF.

The statement noted that IDF forces in the north were on a high level of alert and warned Syria that that Israel holds Damascus responsible for any attacks emanating from it’s territory.

While the statement only said the terrorists were “hit,” an IDF spokesperson tweeted they were now “former terrorists” and indicated they were killed.

The incident came amid peak tensions in the area as the military braced for violence by Hezbollah along the border after an alleged attempted attack by the terror group last Monday. Hezbollah has also been active in Syria, where it fought in support of the Assad regime.

Over the past weeks, Hezbollah has threatened some form of retaliation for the death of one of its fighters last week in Syria in an airstrike that it attributed to Israel, but which the Jewish state has not officially acknowledged conducting.

Bracing for the attack, the IDF said it was sending additional “advanced” firepower in the form of precision-guided surface-to-surface missiles, additional combat intelligence units and special forces to the area.

Last Monday, the IDF said it thwarted an attempt by Hezbollah to send a team of fighters into the Israeli-controlled territory of Mount Dov, also known as Shebaa Farms, to carry out an attack. According to the military, the Hezbollah cell made it a few meters across the border before IDF troops opened fire at the operatives — apparently not hitting them, but driving them back into Lebanon.

Hezbollah officially denied that an attack had taken place, but did not explicitly dispute that its members had crossed into the Israeli-controlled enclave.

Israeli defense officials scoffed at the terror group’s denial, saying the infiltration attempt had been filmed by military security cameras and that the operatives who took part in it were armed. The IDF did not release film of the incident.

The terror group said a reprisal for its fallen operative in Syria was still to come.

The IDF said the decision to send the additional units to the IDF Northern Command was made in light of a “situational assessment.”

Those reinforcements joined an infantry battalion, additional Iron Dome missile defense batteries and other troops that were sent to the Northern Command last week when Hezbollah first began indicating it planned to carry out an attack along the border as revenge for its fallen operative.

Following the incident on Monday, Israel conveyed messages to Lebanon, through third parties, that it did not want the border altercation to devolve into a war.

In the past, Hezbollah has vowed to retaliate for losses of its fighters in Syria with attacks on Israel. This was the case in September, when the terror group fired three anti-tank guided missiles at Israeli military targets along the Lebanese border, narrowly missing an IDF armored ambulance with five soldiers inside, after the IDF killed two of its fighters in Syria the month before.