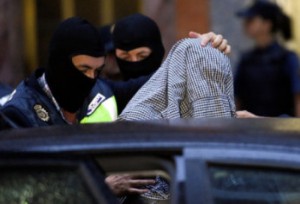 The men, aged 31 and 35, who authorities named by their initials A.E.M. and J.R., are suspected of inciting jihad. AFP reported both were imams, but according tolocal newspaper Diario de Ibiza, the older of the two was a construction worker.

“They publicly and repeatedly expressed on social networks their support for the terrorist group Daesh [another name for ISIL], its methods and its Salafist-jihadist ideology,” the Spanish Civil Guard said in a statement, adding the men held a “privileged position” that they used to spread violent ideology.

The men were arrested in the tourist town of Sant Antoni de Portmany.