You are here: Home / MidEastGulf / IAEA: Iran pursued the development of nuclear explosive device until 2003 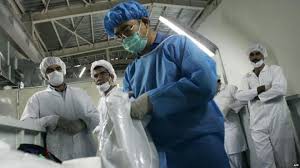 UN atomic watchdog IAEA confirmed that Iran was pursuing the development of nuclear explosive devices until 2003, but these activities did not advance beyond feasibility and scientific studies.

IAEA said in a report sent to the Board of Governors that “the Agency assesses that, before the end of 2003, an organisational structure was in place in Iran suitable for the coordination of a range of activities relevant to the development of a nuclear explosive device. Although some activities took place after 2003, they were not part of a coordinated effort,” the report stresses.

The report titled “Final Assessment of Past and Present Outstanding Issues Regarding Iran’s Nuclear Programme,” says that the less coordinated activities for the creation of a nuclear explosive device continued until 2009. After 2009, there was no credible indication of any such activity.

According to Reuters, State Department spokesman Mark Toner told journalists after report’s circulation in the press that the United States, welcomed the IAEA finding. “The IAEA report was consistent with what the United States has long assessed with high confidence…that Iran had a nuclear weapons program that was halted in 2003,” the US official said.

Toner underlined that nuclear deal with Iran in July, makes sure that these type of efforts by Iran will not take place again. “Once the (deal) is implemented, we will have assurance that these types of past activities cannot occur again.”

Wall Street Journal reported that the 35 nations that make up the IAEA’s Board of Governors will meet later in December in Vienna to discuss the report. US officials said they expected to board to vote to close the investigation into Iran’s alleged weaponization work and allow the nuclear deal to move forward.

William Tobey of Foreign Policy magazine reported thought that the IAEA report shows that after 10 to 15 years when the central provisions of the nuclear deal will fade away, Iran will most probably launch again activities to create a nuclear explosive device and therefore the international community should be prepared for that day.