You are here: Home / MidEastGulf / IAEA Chief to meet with Senior Iranian Officials in Tehran tomorrow 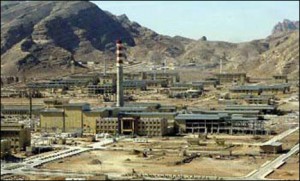 The International Atomic Energy Agency (IAEA) confirmed its Director General Yukiya Amano is leaving for Tehran on Saturday to hold several meetings with high-ranking Iranian officials the following day, a statement on the organization’s website said.

“The visit will focus on the ongoing cooperation between the IAEA and the Islamic Republic of Iran in the context of the Road-map for the clarification of past and present outstanding issues regarding Iran’s nuclear programme,” the statement read.

Earlier this week, IAEA spokesman Fredrik Dahl said that Amano could visit Iran to discuss the implementation of a nuclear deal between Tehran and the international negotiators.

On July 14, Iran and the P5+1 group consisting of Russia, the United States, China, the United Kingdom, France and Germany signed a historic deal to guarantee the peaceful nature of Tehran’s nuclear activities in exchange for sanctions relief.

The same day, Iran’s Atomic Energy Organization (AEOI) and the IAEA signed a roadmap agreement for the clarification of possible military aspects of Iran’s past and present nuclear activities, including at the controversial military facility of Parchin.