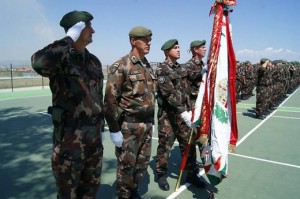 The Hungarian delegation at the summit was led by Prime Minister Viktor Orbán. “Unfortunately the Islamic State is conquering more and more territories, more and more people are forced to leave their homes because of their atrocities. Therefore if we truly intend to ease the migration pressure on Europe, then we must step up our efforts against the Islamic State,” Szijjártó said.

“Hungary is prepared to do so, and so our contingent of 110 soldiers, who are already in Kurdistan, will from now on take part in training Kurdish Peshmerga fighters alongside their security and protection tasks,” he said. In July this year, 100 Hungarian soldiers joined officers already stationed in Iraq and took over from peace-keepers working in the region.