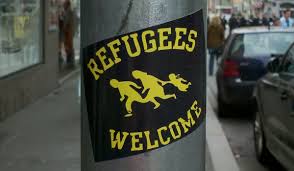 “Their Facebook accounts helped to uncover the terrorists,” M1 said.

The television channel showed two photographs from the alleged terrorists’ Facebook pages. In the first photos, the two individuals are seen posing with weapons somewhere in Syria or Iraq, and in the following photos they are seen saying hello and smiling happily to their followers about their arrival to Europe.

There is no information as to which country the two suspected terrorists are in, whether they have been detained, or even their names.