You are here: Home / Senza categoria / Hundreds of children recruited by Daesh within four months: UN 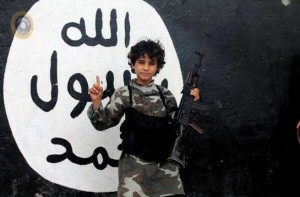 A high-ranking United Nations (UN) official says the Daesh militant group recruited more than 400 children during the first quarter of this year to carry out acts of terror in Syria.

“A continuing feature of the conflict in Syria is the widespread recruitment and use of children by all non-state armed groups… ISIL (Daesh) and al-Nusra Front have also used children to perpetrate acts of extreme violence,” the UN Special Representative of the Secretary-General for Children and Armed Conflict Leila Zerrougui told the UN Security Council on Monday.

She added, “Reports have been received of armed groups targeting children as young as seven years of age, and forcibly recruiting children through coercion of family and abductions. ISIL (Daesh) allegedly recruited up to 400 children in the first quarter of 2015.”

Daesh has also “opened kindergartens for boys in Raqqa, and Nusra Front has instructed communities in Idlib to send boys aged 8 to 12 to their ‘education’ camps,” Zerrougui said.

Some videos released by Daesh terrorists show children or teenagers executing captured Syrian soldiers and civilians. Some of the children who get executed are reportedly those who refused to fight for the group.

The Syrian conflict, which started in March 2011, has claimed the lives of more than 250,000 people and left over one million injured, according to the UN.