You are here: Home / Analysis / How will Iran react to US airstrikes on Syria? 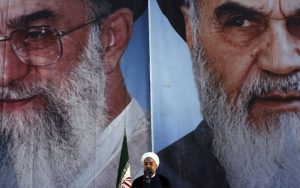 And so the fallout from the US-led airstrikes on Syria continues. While chemical weapons inspectors were finally allowed into the Syrian city of Douma yesterday, in Westminster MP’s were still debating the rights and wrongs of the UK government approving military action without consulting them. Along with fear of Moscow’s reaction to the airstrikes, the question of what happens next has focused the minds of many politicians over the past few days, like reported by heraldscotland.com.

Most though have concentrated on the alarmist notion of the West having been pushed to the brink of all out war with Russia. So preoccupied are some with this fanciful notion they seem to have forgotten that it’s on the ground in Syria itself that the aftermath of the airstrikes will be immediately felt. As ever in this labyrinthine war and turbulent region the devil is always in the detail. To that end, the significance of one country in particular has so far been largely absent in assessments of the potential fallout and blowback from the US-led strikes. I’m talking of course about Iran, the one foreign player other than Russia that wields the most profound influence on Syria’s battlefields.

As the dominant Shi’ite Muslim power which is in rivalry with Saudi Arabia and the United States and its other Sunni Arab allies, Iran has been Syrian President Bashar al-Assad’s most supportive ally against insurgents throughout the seven years of conflict in Syria. For those who think that US relations with Russia are bad right now, they should pause for a moment and consider just how strained things are between Washington and Tehran.

This has not been helped of course by US President Donald Trump’s threat to scrap the Iran nuclear deal by May 12 unless negotiators can fix what Washington sees as serious flaws. On the whole the situation doesn’t look good, not least given that Mr Trump recently appointed uber-hawk John Bolton as National Security Adviser, adding to an already well established phalanx of hardline anti-Iran figures in the US administration. But if Iran would be none to pleased with moves to scrap the nuclear deal, its back on the ground in Syria that it might bring its considerable influence to bear in making life difficult for the Americans.

As a regional player Tehran is well placed to force Mr Trump’s hand through sudden escalations of their own. For some time, Iran’s military and an array of regional militias under its command have operated with wide latitude in the war against Syrian rebels and IS jihadists in both Syria and Iraq.

For a considerable time too Tehran has organised militias from Afghanistan, called the Fatimiyoun, and from Pakistan, called the Zeynabiyoun, to fight in Syria. In exchange for doing a tour of military duty in Syria’s warzone, Afghan refugees living in Iran are often offered wages and citizenship. President Assad himself meanwhile is also heavily dependent on Tehran and its support of the Lebanese Shia group Hezbollah to do some of the toughest fighting and special operation jobs in the Syrian war. So likewise Tehran needs Damascus as both a conduit to and sponsor of Hezbollah, Iran’s vanguard force in the region and constant threat to Syria’s neighbour Israel.

In other words, in this conflict Iranian backed militias and Hezbollah are a force to be reckoned with and ignored at the West’s peril.

Given such influence, it’s almost inconceivable that Iran will not bring its pressure to bear following the US-led airstrikes, especially if the Trump administration decides to follow up with a diplomatic bludgeoning of Tehran by scrapping the nuclear deal.

In fact the signs are already there that Iran is ready to make mischief.

Already it appears the airstrikes have resulted in a number of armed militias with links to Iran calling for open season on US targets in the north east of Syria where US forces are battling the jihadists of the Islamic State (IS) group alongside Kurdish fighters.

According to the veteran Middle East correspondent and watcher Borzou Daragahi,newly emboldened pro-Iranian militias across the region are already shifting their focus from battling IS toward Washington and its allies.

This month in Foreign Policy magazineMr Daragahi outlined howthe Baqir Brigade, one of a number of Iranian-backed militias operating in Syria, announced on its Facebook page that it would begin attacks on US military personnel. “We in the Baqir Brigade leadership announce the good news of the launch of military and jihadi operations against the US occupier and all those affiliated with it in Syria,” the militia said in an April 6 statement on a page that Facebook subsequently appeared to have shut down shortly afterward.

There now seems little doubt that last Saturday’s airstrikes will only serve to intensify Iran’s efforts to bring pressure to bear on the US and its French and UK allies in the Syria operation.

There is of course precedence here. Back in 1998, the US launched cruise missiles against facilities believed to be linked to al- Qaeda in Afghanistan and Sudan, in what became known as Operation Infinite Reach The strikes then backfired, allowing Osama bin Laden to claim he was standing up to Washington much the same way that Assad will do now in Syria. Back then too, bin Laden’s popular support and associated ability to recruit soared, and al-Qaeda continued undiminished. While operations such as the recent airstrikes might claim to have infinite military reach, all too often the hand that strikes back is ultimately close by. In this instance US forces might find themselves targeted by Iranian militias already operating inside northern Syria.

Speaking in the wake of last weekend’s airstrikes,Renad Mansour, an Iraqi-based researcher for Chatham House who has had direct contact with leaders and members of pro-Iranian militias, spelled out the threat posed by them to US personnel and installations in the region. “In rhetorical terms, they’re making it clear Americans are their enemies. If a conflict heats up between the US and Iran, these guys are the agents on the ground,” observed Mr Mansour. The message is clear, while concern over Russian reaction to the airstrikes might preoccupy the West for now, it’s well worth keeping an eye on what Iran does next.