US recruits tech leaders: In the wake of Islamic State and other violent attacks, an Obama administration delegation met with technology leaders to develop a strategy for battling terrorists’ use of technology. 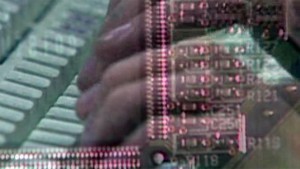 Concerned about terrorists using the Web to recruit and spread extremist ideology, a delegation of top Obama administration officials met with Silicon Valley executives Friday to brainstorm ways to counter militants’ use of technology and social media platforms.

The meeting was an effort to find common ground between Washington and technology leaders who have clashed in recent months over issues such as encrypted communications and lawmakers’ social media monitoring proposals.

“We are interested in exploring all options with you for how to deal with the growing threat of terrorists and other malicious actors using technology, including encrypted technology, to threaten our national security and public safety,” according to a briefing document White House leaders distributed to participants of the meeting held in San Jose, Calif., a portion of which was obtained by Passcode.

“We understand that there is no one-size-fits-all solution to address this problem and that each of you has very different products and services that work in different ways. Are there high-level principles we could agree on for working through these problems together?”

The recent Paris and San Bernardino attacks focused attention on Islamic State (IS or ISIL) militants’ use of technology to plot attacks and incite followers to carry out violence – and potentially escape detection from law enforcement.

Both Democrats and Republicans lashed out at tech companies that offer encrypted communication tools and called on social media companies to do more to rid their services of extremists. President Obama, too, vowed “to urge high-tech and law enforcement leaders to make it harder for terrorists to use technology to escape from justice.”