You are here: Home / FakeNews / How the word ‘genocide’ is abused in pro-Kremlin language 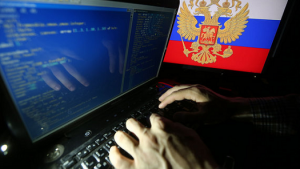 More and more often, the word ‘genocide’ is used by pro-Kremlin outlets and communicators to describe things that have nothing to do with genocide. Besides the lack of respect for victims of real genocides, this abuse of terminology undermines the very concept of genocide as a large-scale violation of human rights, like reported by euvsdisinfo.eu.

Ukraine is probably the most frequent target of this alternative use of the genocide term. In a deliberate course of action which is bound to alienate Ukraine as much as possible, the word ‘genocide’ will often appear in pro-Kremlin outlets when Kyiv’s policies towards Russian speakers in Crimea and in the country’s East are discussed. One of many examples was in a talk show on Russian state TV Pervy Kanal in September 2017. Here it was said that  “Nobody in Kyiv wants to negotiate peacefully. They are going to conduct a genocide in Donetsk and Luhansk”. To watch this clip with English subtitles, click on the video below. It is worth noting that human rights missions that travelled to Ukraine in 2014 did not find evidence that the Russian minority would have been in danger.

In a case from December 2017, a commentator on Russia’s state-controlled NTV said the following: “What is now happening in Latvia is a linguistic genocide of Russian-speakers, moving towards an ethnic genocide” (watch the Russian quote with English subtitles in the video above).

In official Russian government communications, the term “visa genocide” has been used to refer to the fact that the EU wants people who live on the Ukrainian peninsula of Crimea (currently subject to illegal Russian annexation) to apply for visas to EU countries in the Ukrainian capital of Kyiv, rather than in Russia.

Finally, even the novel construction of a “culinary genocide” was used by the Russian state propaganda outlet Sputnik to misrepresent an EU policy as allegedly aimed at banning kebabs. We described this case from Sputnik’s Serbian language website in the Disinformation Review in December 2017.

The abuse of the concept of genocide in pro-Kremlin communication is more than just occasional; it is systematic, and tracking of the recent cases above and others like them suggest that it is on the rise. By attributing the genocide term to situations that have nothing to do with genocide, the word loses its value by way of inflation. Ironically, the abuse of the word turns it into a weapon against the very values the word is supposed to defend: the values of human rights and human dignity as alternative to the large-scale human rights violations we call genocide.