You are here: Home / Africa / How Somalia’s Al Shabaab turned against its own foreign fighters 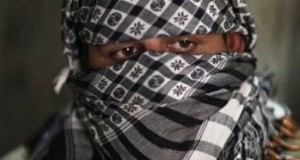 U.S. counterterrorism agencies have long been preoccupied with the threat posed by the recruiting successes of the Somali terrorist group al Shabaab in Western countries. The group has managed to lure hundreds of foreign fighters — including some 40 Americans — to Somalia through online propaganda videos and word-of-mouth in disaffected immigrant communities.

In recent years, however, al Shabaab has turned on the foreign fighters in its own ranks, waging a brutal campaign to purge the perceived spies from its midst. An intimate account of the Shabaab civil war was provided to The Intercept in a series of interviews conducted with a current member of al Shabaab and a source who has maintained close contacts with the group.

Al Shabaab has assassinated several foreign fighters on the CIA’s kill/capture list over the past few years and currently runs a network of secret prisons that hold, on charges of spying, U.S., British and other Western citizens who came to Somalia to join Shabaab, The Intercept has found. Shabaab operatives torture detainees using techniques such as waterboarding, beatings, and food and sleep deprivation, and conduct public executions of suspected spies, including by crucifixion.

Ibrahim* is a citizen of a Western country who traveled to Somalia several years ago to join Shabaab. He is currently living in a Shabaab-controlled territory, and the group believes he is a loyal member. The Intercept, which has confirmed his real identity, granted him anonymity and agreed not to identify his country of origin because criticizing Shabaab can result in imprisonment or death. “I’d be arrested and tortured,” Ibrahim said when asked what would happen if he spoke out against the group.

Like other young Westerners of Somali origin, Ibrahim decided to move to Somalia after watching Shabaab’s videos on the Internet and following the news of battles between Somali militants and the U.S.-backed African peacekeeping force, AMISOM. “At that time there was a lot of stuff going on and I felt like it was my religious duty to participate in the holy jihad that was going on in Somalia. And I felt that it was my responsibility as a Muslim youth to support my brothers and sisters in Somalia against the enemy,” he says. “I felt like the call of Somalia had to be answered.”

Ibrahim says he believed that Shabaab was fighting to establish a Shariah law system that would allow him to live according to his deeply held religious convictions. Joining the jihad, he believed, would help to make that a reality in Somalia. “It was at the beginning. At that time they were happy to see what you call foreign fighters — they welcomed them big time,” he says. “We took part in training, small training, basic training, small weapons and such. Everything was easy.” He adds: “According to the media, somehow they over-exaggerate about Shabaab training. The training is basically just simple, small arms and physical training and discipline.”

That period of relative harmony within the group would not last. And now Ibrahim wants to tell his story so that others will know not to follow in his path. For Keith Ellison, a Minnesota congressman who represents the largest Somali community in the United States, in the Minneapolis/St. Paul area, Ibrahim’s cautionary tale is an example of the kind of story alienated members of Shabaab should be encouraged to tell, rather than simply locking them up or killing them, which is the current U.S. government approach. “I think somebody who has been inside Shabaab telling the truth about how Shabaab is really a criminal terrorist group and not about the liberation of Somalia is probably more likely to promote safety and security than just throwing that same kid in jail,” Ellison says. “We need to learn from these people and we need to use them to message to young people who might be lured by a message from al Shabaab.”