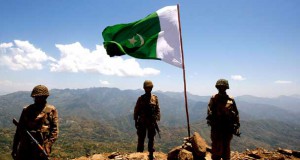 Fighting one’s own demons is always a challenging task. But, as Pakistan is finding, a selective slaughter, or cull, is infinitely more difficult.

That explains why, however hard it tries, the fight against terror remains a complex mission to accomplish. But the world, including India, needs to help Pakistan in this battle.

The price Pakistan has paid in terms of human lives and economic loss in the fight against terror is mind-numbing. In December 2014, Pakistan’s National Assembly was told that Pakistan had suffered losses of $80 billion and 50,000 lives in the war on terror over the preceding decade.

Despite American largesse, the economic cost of the fight against terrorism has been bleeding Pakistan, whose economy is just over a tenth the size of India’s at $225 billion. Capital has flown and jobs dried up in the lengthening shadow of terror, not to mention the agony of those directly affected by the death of a loved one or breadwinner.

In each country’s history a defining moment comes when public sentiment drives a change in a fatally flawed national policy. That moment for Pakistan happened when terrorists mowed down 132 school children in a Peshawar school in 2014. Tehreek-e-Taliban, better known as the Pakistani Taliban, had claimed responsibility for the school massacre; now it has gained further opprobrium by striking a university campus.

After the unspeakable bloodbath in Peshawar, Pakistan had declared a collective resolve to stamp out terrorists. But efforts since then show how winning this battle goes beyond declaring steely resolve. To be fair, Pakistan has not remained idle. It intensified the raids against militants in the tribal areas of Waziristan and cracked down on groups like Lashkar-e-Jhangvi (LeJ). The Pakistan army took the fight against terrorism more seriously than before, driven by public sentiment and US demands.

But the country still falls well short on addressing the vital question of how to stop militant Islamist outfits acting as strategic assets against Afghanistan and India. These groups could be used for achieving Pakistan’s initial objectives. But they then take on a life of their own, often not obeying their masters, who are left in a quandary over how to reign them in.

Any blanket clampdown on groups like the Lakshar-e-Taiba, blamed for the 26/11 Mumbai attacks and Jaish-e-Mohammad, behind the Pathankot air base strike, is not easy because for long they remained of crucial importance for the Pakistan establishment. LeT may be a proscribed organisation but it has unfrozen assets in many parts of the country; Jamaat-ud-Dawa and Falah-e-Insaniat Foundation are the frontal organizations operating with impunity. In other words, Pakistan continues to be a victim of the fallacious distinction between good terrorist and bad terrorist

Unless Pakistan makes a strategic shift in its approach of not using its demons as angels in furthering its interests in the sub continent, its own fight against terror cannot succeed. There have been many bloody wake-up calls, and there have been many half-measures. But to win its own battle against terrorism, Pakistan needs to go the whole way. And all the countries with a stake in the region need to either help Pakistan in its efforts, or at least give it a long rope.