You are here: Home / Africa / How islamist militants Al-Shabab could get their hands on a nuclear core 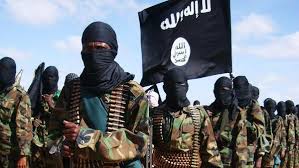 Kenya is facing a terrible dilemma: Run out of energy for its citizens, or risk terrorists seizing a nuclear power plant.

Last April, four al-Shabaab fighters killed 148 people at Garissa University in northeastern Kenya, just up the street from a major military installation. While students fled, barefoot and in their nightclothes, the soldiers remained on standby, unsure how to respond, and elite police took hours to arrive. In September 2013, the Somalia-based Islamist militants attacked a mall in the heart of Nairobi, killing 67, most of them before any uniformed police or military showed up.

This does not sound like a country that should be getting a nuclear program, even a civilian one. And yet it is, getting an initial thumbs-up How Al-Shabab Could Get Their Hands on a Nuclear Corefrom the International Atomic Energy Agency in August.

Kenya says that it has no choice. By 2030, it will need 20,000 MW of electricity, and the current energy mix can’t meet those needs.

Droughts, getting longer and more frequent, will undermine hydropower plants, which provide more than 50% of the power today. Neighboring Tanzania said earlier this month that it would have to temporarily turn off all its hydropower plants because of low water levels, and plans to reduce its dependence on hydro.

Meanwhile, geothermal energy will top out at a maximum of 10,000 MW—Kenya is unable to capture any more than that. Solar energy will remain part of the mix as well, but not at a scale that can meet the demand. “We have no option but to embrace nuclear early enough to avoid starting the process long after we have exhausted geothermal sources,” said Joseph Njoroge, one of the country’s top energy officials.

So what of the nightmare scenario—a terrorist group seizing control of a nuclear power plant and getting hold of its core? It has been quiet in much of Kenya since the attack on Garissa, but there is a sense here that al-Shabaab is not weaker—just laying low, possibly planning another major attack.

The South Africa-based Institute for Security Studies convened a conference in Nairobi in September on United Nations Resolution 1540, which bans non-state actors from getting their hands on nuclear, biological or chemical weapons. Speaking on the sidelines, Nicolas Kasprzyk, a non-proliferation expert at South Africa’s Institute for Security Studies, is confident that Kenya can keep a nuclear facility safe. He thinks public perception, not actual safety, is the big hurdle.

“Clearly more needs to be done to fight this situation with al-Shabaab. How can you build trust in your nuclear program if you’re perceived as not managing to contain the terror threat?” he said. But as proof that Kenya is up to the task, he pointed to its experience protecting medical research facilities with specimens that could easily be turned into biological weapons. There are two level-3 biosafety laboratories (which can handle all but the most lethal diseases) in the vicinity of Nairobi that have been kept secure—both from terrorists and from human error—for years now.

That being said, Kasprzyk pointed out that nowadays it’s the private sector, not government research institutes, that has the most contact with dual-use goods—materials that could be used for peaceful or non-peaceful purposes. And where governments in the region often fall short is proper private-sector oversight, meaning materials might get siphoned off or stolen without government knowledge. Although Kenya has not yet said who will build the nuclear power plant, it’s likely to be a private company.

“The two of them just don’t have a dialogue on proliferation,”Kasprzyk says, referring to the government and private sector. “You can’t exclude that could be diverted… you have a genuine risk,” he said.