You are here: Home / MidEastGulf / How Islamic State operates in Iraq today 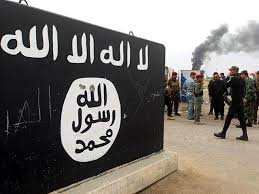 Mount Qarachogh, Iraq – A long mountain that juts from the flat plains like a knife today separates Kurdish Peshmerga forces and the Iraqi security forces. This is a result of clashes that took place in October 2017, almost two years ago, following the Kurdistan Regional Government’s referendum. Since the clashes there have been on-again-off-again relations between the Iraqi division commanders and their Kurdish counterparts, working together through the US-led Coalition Operation Inherent Resolve, which is supposed to be fighting and defeating ISIS, like reported by jpost.com.

We’d heard rumors that ISIS was still operating below this mountain, called Mount Qarachogh, since last year. The members of ISIS who were not killed during the 2014-2017 war in which the group was slowly defeated in parts of Iraq have gone to ground. These are hard core fighters or hangers-on, men for whom ISIS offers a ready-made escape from the drudgery of life and a place to go to resist what they see as an Iranian-backed Iraqi government. These ISIS networks have existed for more than a decade in one form of another, going back to the insurgency against US forces after 2003. These were a collection of jihadists, Al-Qaeda, local Ba’athists, and everything in between, as well as foreign fighters. When ISIS was powerful, at its peak in the fall of 2014, it attracted some 50,000 foreign volunteers in Iraq and Syria and ran a kind of state built on Sunni Islamist supremacy and the genocide of minorities.

But ISIS today is quite different. To understand how different one has to go to Mount Qarachogh or other areas. The plains below the mountain are only an hour drive from the bustling and modern capital of the Kurdistan Region, Erbil. From the bright lights of the bgi city the road to Makhmour, near the mountain, takes on through streets lined with shops, mechanics and men selling household furniture. Then it goes through industrial sites and finally fields of oil drums and oil products. After all, this is northern Iraq, a large percentage of the world’s oil sits underground here. This is civilization in reverse, from the city to the infrastructure that makes it, to the agriculture fields that feed the people, to the caves where ISIS haunts the landscape.

So we drive along this road, passing the new oil company properties, the high fences and gates and signs with the foreign workers ensconced inside in sea containers or some other barracks-like environment. Finally, the road gives way to a giant traffic circle with a Kurdish flag flying in the wind above it. The names of the Peshmerga fighters who died fighting ISIS from 2014-2017 are engraved here. These are the martyrs the region sent to stop the black flag. In those dark days of 2014 ISIS sought to break through this area with its horse of trucks, mounted with machine guns, and Humvees captured from the Iraqi army. It lugged artillery up to Makhmour, in the distance. Only the sacrifice of Kurdish Peshmerga rushed to stop the tide, and then some support from the US air force, stopped the Blitzkrieg. And then the Kurds settled in the for the long haul, like the first world war, manning 1,000 miles of trenches against ISIS.

Today the area near the Kurdish flag is manned by Sector 6 of the Peshmerga, troops who take pride in their 150km of frontline. To get to their frontline is a bit of an ardous road to a new cement company and then up 18 switchbacks to the top of the mountain. The mountain is desert khaki, and in the sunset it has a bit of haze around it from oil fires in the distance. It’s surreal and beautiful. Good hiking here, if it weren’t for the war and the ISIS living below it in caves. What has happened here is that ISIS retreated from Mosul and Hawija and when it got to the Sunni Arab villages to the east of the mountain it changed into civilian clothes and put its ordnance in caves and hideouts and waited. It waited as the behemoth of the Iraqi army swept over the plains to the east. The Kurdish Peshmerga watched all this. They watched the Iraqi army, trained by the Americans, come and go. And then ISIS emerged. The Iraqi forces set up checkpoints and they brought with them the Shi’ite paramilitaries called Hashd al-Shaabi. The Hashd, or Popular Mobilization Units, are a mix of groups, some of them linked closely with Iran’s Islamic Revolutionary Guard Corps. And together the Iraqi army and the PMU spread out along the landscape east of here and the Kurds manned the mountain and the areas to the west toward Erbil.

The result of the Kurdistan referendum and the Iraqi army’s advance into Kirkuk south led to bitterness among Kurds who resented losing Kirkuk which they had defended from 2014-2017. There was anger because dozens died in the clashes and because Iraq ordered the region’s airport closed. The Kurdistan region was isolated, punished for daring just to vote for independence. European countries who enjoy independence condemned them. America, which fought its own war of independence in the 1770s, condemned the Kurds for just wanting some of the basic things that people in Boston or Tucson take for granted. And the Iraqi army and Iranian-backed militias seized the opportunity.

But that is in the past today. Lasting anger remains, but ISIS is a common enemy. The larger result of 2017 is that there is a kind of no-man’s land in some areas between the Iraqi forces and Kurdish Peshmerga. On the mountain this is readily clear. No Iraqi flag can be seen but far far in the distance there are supposedly Iraqi forces. ISIS knows this. It knows this land. Like the Vietminh all it has to do is crouch in the jungle of caves here and wait. Its men go out at night to the villages. Over the years it has launched attacks and set up fake checkpoints and harassed the Iraqi forces. It has all sorts of tricks up its sleeve, learned from years of fighting like this. For the locals who joined ISIS this is their landscape and the PMU or Iraqi forces don’t know the area. A man who knows his village, his wadi, the crags and caves nearby, can easily vanish into them. And his cousins will help him.

It appears ISIS feels comfortable here. Their members, at least according to the Kurdish Peshmerga who watch them through binoculars, come and go from the caves and wadis below. They can be seen, three figures sitting near a dry river bed, walking back to their mountain redoubt. They don’t seem like they are doing much besides getting water and sitting around. They are biding their time. They have networks in the plains below stretching south to Hawija and into Hamreen mountains and other areas. The Iraqi army has launched a five phased offensive throughout the country to crush these remnants. But it is like other offensives since 2017.

Each time the offensive comes and goes. The Peshmerga on the mountain above watch these activities. They have not been attacked recently. They do not move away from their Kurdistan Coordination Line, as the Americans call it, the KCL. It’s their line, they man it and defend it. There are no visible special forces here, no complicated operations rooms where interesting raids are planned with helicopters and drones and mortar fire. Maybe that exists, somewhere. Maybe it doesn’t. Maybe the reality of the war on the remnants of ISIS is that Iraq is a large country and in many areas the enemy can hide out and wait and finding them is difficult. Maybe the reality is, as rumors and details appear to confirm, that the Iraqi army has logistical problems in maintenance of its equipment and its intelligence, surveillance and reconnaissance assets, including UAVs and planes, are not being used in some areas, or used at all. Maybe the reality is that the Iranian-backed militias spend more time trying to just exert control over civilian areas, with secret prisons and creating a business out of their new occupation, that they don’t go out and root out ISIS. And so the enemy waits and watches.