You are here: Home / Analysis / How Islamic State could utilize COVID-19 woes as catalyst for african resurgence 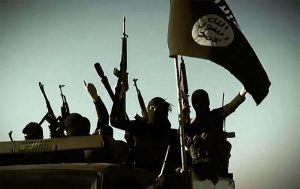 As a safety precaution, the Islamic State (IS) warned its fighters against traveling to Europe during the COVID-19 pandemic and specifically disclosed in the group’s al-Naba newsletter that fighters should “stay away from the land of the epidemic for the time being.” Africa, though, has not been spared, like reported by thedefensepost.com.

While life in much of the Western world seems to have stood still, IS’ affiliates have continued to conduct deadly attacks throughout Africa. In March alone, the Islamic State in West Africa Province (ISWAP) attacked a Nigerian army convoy in Gorbe, Yobe State, killing 47 military personnel. In Mozambique, another IS’ affiliate stormed the seaport and claimed it as part of its caliphate.

The terrorist group appears to have rebounded from its defeat in the Levant and are utilizing security and economic gaps caused by the pandemic to launch a resurgence in Africa.

Islamic State’s Resurgence in Africa
Since its defeat in the Middle East, IS has refocused its attention to Africa intending to establish provinces, Islamic States, and eventually, an Islamic Caliphate to mirror its lost caliphate in the Levant.

Predictably, the economic crises from the COVID-19 pandemic could jolt IS as a legitimate governing alternative due to the group’s ability to raise massive capital. In 2014, for instance, IS generated $1 billion from sales of illegal oil and artifacts.

With its command of the black-market and dark web, along with the plethora of natural resources in Africa, IS can establish a caliphate in the continent that is far deadlier and more sophisticated than the one it controlled in the Levant.

To avoid such a disastrous scenario, international financial institutions like the World Bank and International Monetary Fund must guarantee developing countries debt relief so African countries can brace for the pending economic crises and adequately address security and socio-economic needs.

If debt relief is not provided, African countries battling violent extremism will have no option but to cut funding for their security forces to focus on the pandemic’s socio-economic disruptions.

The World Bank argues that the crisis will push some 40 to 60 million people into extreme poverty. From a health perspective, Sub-Saharan Africa has been plagued less by the virus but will be hit the hardest in terms of increased extreme poverty that could affect 23 million people.

Preventing Violent Extremism
Economic hardships in Western countries supporting counterterrorism missions in Africa will look to cut costs by reducing military spending, redirecting the funds to pay for trillion-dollar financial bailouts meant to revamp their respective economies. These changes will undeniably hamper anti-terrorism efforts, which IS will exploit to foster violent extremism similar to when President Barack Obama ended US military operations in Iraq in 2008.

Research on the prevention of violent extremism shows that the lack of economic prosperity is one of the main catalysts that perpetuates radical terrorism.

Looking at a data set on foreign recruits of IS, the World Bank concluded that the factors most strongly associated with foreign individuals’ joining IS had to do with a lack of economic and social inclusion in their home of origin.

IS’ affiliates have already exploited economic disparities and weak governance throughout Africa and are currently operating in 20 African states with little to no disruption.

Combatting Terrorism in Africa
In early 2013, before France’s intervention in the Sahel and the UN peacekeeping mission that followed, Islamist Jihadists affiliated with IS and al-Qaeda ruled northern Mali along with a significant portion of the Sahel.

Even before COVID-19, global responses to combatting terrorism in Africa seemed to diminish. The US government planned the withdrawal of critical support assets to French military operations to refocus the resources to respectively counter Russia and China activities in Europe and the Far East, which clearly exhibited the US no longer considered Africa as a strategic interest.

In early February, to alleviate concerns of the French government and African partners, US Secretary of Defense Mark Esper said the US military would not conduct a full troop withdrawal from Africa, and an ongoing review could result only in troop reductions.

However, the French President Emmanuel Macron asked the US government to reconsider the withdrawal or reduction of American troops due to the dire situation that will ensue if the US military leaves or curtails its support to the mission.

To date, Operation Barkhane and the UN peacekeeping mission in the Sahel have not been up to the task. Although French forces have progressively managed to eliminate Jihadist leaders operating in the Sahel, Islamic Jihadist groups continue to grow exponentially as the economic situation in the region worsens.

The UN mission in Mali is now considered the deadliest UN mission in history, with 204 peacekeepers killed. Thus far, the Sahel lacks any opportunity for economic growth to act as an alternative to radicalization. Consequently, the economic crisis from the pandemic will add to the cascading situations in the region, which could lead to the displacement of 2.5 million people and escalate the violence.

IS’ Caliphate in Africa
In northern Nigeria, a high poverty rate (87 percent) and regional climate change issues along with ineffective policies and corruption in certain parts of Cameroon and Chad have enabled ISWAP to gain a foothold in the region as it continues to terrorize the local populace.

In spite of the pandemic, IS’ affiliates are striving in the Democratic Republic of Congo (DRC), Mozambique, Somalia, and Northern Uganda, and its DRC-based fighters and their Mozambican counterparts have taken advantage of weak governance and security instabilities to establish safe havens for their operations that have led to dozens of attacks and raids on security forces and local communities.

With the Africa continent currently embattling a 60 percent youth unemployment rate and high number of Africans facing poverty, the conditions are adequate for non-state actors such as IS to galvanize disenfranchised youth to their cause and push the Africa continent further into despair.

Unlike Iraq and Syria, an IS caliphate in Africa will be difficult to eradicate due to the complex demographics, vast uninhabitable and ungoverned regions, and the lack of formidable fighting force similar to the Kurds in Iraq and Syria that can defeat IS without Western forces committing more troops.

Regardless of post-COVID-19’s economic outlook, an IS’ caliphate in Africa will be catastrophic for African and Western countries alike.