You are here: Home / West Asia / How India can counter the Islamic State recruitment drive 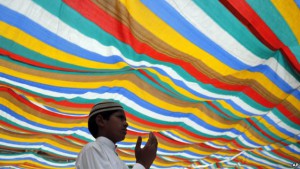 The calculus of Islamist terrorism is undergoing a transformation, from a state controlled strategy, through al Qaeda’s Millenarianism, to culminate in the Islamic State’s (formerly, Islamic State of Iraq and al Sham, ISIS) apocalyptic vision that actively seeks an end of world confrontation between ‘believers’ and ‘unbelievers’. Millenarian and apocalyptic Islamism accepts no limits to its violence, and has brought new levels of virulence and barbarity to contemporary conflicts. Abruptly acts of the most extreme brutality are choreographed and broadcast across the world through a multiplicity of media, making distant nightmares impossible to ignore, and worse, inciting others to participate in and emulate these.

The response, globally, has been disturbing. Estimates of up to 30,000 fighters, possibly a third of ISIS’ strength (approximations vary from 100,000 to over 260,000 total fighters), from over 100 countries, have travelled to Iraq and Syria to join the ‘jihad’ there, even as others gear up to acts of terrorism on home soil. Astonishingly, a number of Western countries, some of them with tiny Muslim minorities, have contributed disproportionately to this apparent ‘flood’ of foreign fighters in ISIS. Belgium is the leader, relative to its tiny population of Muslims, with 440 volunteers from the country joining ISIS. Other countries with disproportionate representation include Denmark and Norway, with each seeing 150 fighters joining ISIS, while 250 have gone from Australia, 600 each from UK and Germany, and over 1,200 from France.

There are evident grounds for concern in India, with its large Muslim population, and a protracted process of radicalization, backed by Pakistani agencies and proxies, as well as funding and ideological inputs from West Asia. These concerns are naturally exacerbated by each new exposure of Indian nationals joining, attempting to join, or otherwise associating themselves with ISIS activities. The latest, in some sense most sensational and relatively inexplicable disclosures include the efforts of a Hindu girl, a graduate from Delhi University who had gone to Australia for further studies, to join ISIS; as well as the presence of two Hindus, among ten who have been deported from UAE, because of linkages with ISIS activity. Estimates of the total number of Indians who have joined ISIS vary between 17 and up to 50. Within the country, several youth have been prevented from travelling to join ISIS, often after information was provided by their own families and friends. Occasional arrests, demonstrations by youth waving ISIS flags, the appearance of ISIS posters and literature, have also been reported from different parts of the country.

Disturbing as these reports, among others, are, it is useful to note that this incidence is microscopic in an Indian population of over 1.25 billion, and including over 180 million Muslims. Of the Indians who are reported to have actually joined ISIS, only four are confirmed to have gone directly from India; all the others were long term residents abroad and were likely radicalized in their host countries.

Clearly, however, there is a number of youth who are also being seduced by the ISIS ideology within India as well, though most of them have been thwarted before they could realize their designs to engage in ISIS’ jihad. Agencies and the policy establishment are rightly concerned about these, and about the possibility of these numbers growing abruptly as the result of an unpredictable constellation of developments. The motives, psyche and circumstances of those who are attracted to ISIS are, consequently, of critical importance.

Experience suggests that among the most significant factors in radicalization is an environment in which extremist ideologies flourish. Crucially, states that have directly been complicit in the Islamisation-radicalization process are now the sources of the largest human resource base of jihadi movements. For us, Pakistan is the obvious example; though the number estimated to have joined the fight in Iraq-Syria is relatively small – about 500 – several factions of existing terrorist formations in Pakistan have declared their allegiance to ISIS, and have been encouraged to stay back in the AfPak region to wage jihad in ISIS’s imagined ‘Khorasan’.

Within the West Asian context, Saudia Arabia, the source of the global ‘Wahabi’ movement, with the most regressive Islamist regime, and despite extraordinary repression directed against any act of domestic extremism and massive (albeit belated) efforts to suppress ISIS, accounts for the largest segment of foreign fighters, over 2,500.

This cannot, however, explain the disproportionate numbers that are contributed to ISIS ranks by a number of advanced Western nations – unless we take a closer look. The truth is, across Europe, Canada and the US, and for decades now, Governments have been giving asylum to extremist leaders and ideologues who have fled their own countries, on the grounds that they are ‘freedom fighters’ and ‘victims of oppression’. These extremists have, then, created subcultures of radicalization in ethnic and communal ghettos across the West, taking fullest advantage of the freedoms of liberal democracy, to preach, uninterrupted, their ideologies of hatred and violence. It is in these subcultures, and from specifically targeted programmes of ‘mentoring’ vulnerable individuals, that the volunteers for jihad have multiplied.

India has substantially escaped these processes. While populations are, no doubt, communally ghettoized, they are not as isolated as the racially and ethnically discriminated populations of the West, and there is a continuous process of interaction and of accommodation across communal lines, despite sporadic confrontations. Crucially, the subcultures that produce terrorism have been vigorously opposed by the leadership even of the most conservative Muslim organizations, who have denied the contemporary ideologies of Islamist jihad the legitimacy that they have secured in other countries.

Nevertheless, there are exceptions, and it is crucial to understand what draws them into ISIS’ web. A correct understanding of individual motivations can only arise out of detailed interrogations and profiling. At a general level, however, most such individuals are likely to be deeply isolated, socially dysfunctional in significant measure, out of place in their social milieu, and desperately searching for the belonging, community and intimacy that an extremist subculture and the fraught co-dependency of a conspiratorial environment can offer.

Broadly, moreover, it is useful to understand that, in every population, there are always elements with a strong proclivity to violent extremes. In ‘normal’ circumstances, they would join gangs or take to a life of crime; in some cases, they enter professions that offer sanctioned –though limited – expression to their urges, such as militaries and the police; others take to domestic or social violence. Where wider movements or ideologies offer ‘opportunities’, however, such elements naturally gravitate to these – the particular ideological orientation of such movements is irrelevant; depending on accidents of location, they could become Maoists, ethnic militants, or Islamist terrorists.

These individuals are not ‘radicalized’ by extremist Islam; extremist Islam, among other ideologies of violence, offers them the opportunities to express their sociopathic urges. The beheadings and unspeakable brutalities that provoke a natural revulsion in most of us are what attract such individuals to ISIS.