Houthi rebels struck the Al Anad air base with a ballistic missile, killing dozens of people and inflicting damage. 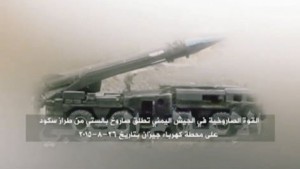 Yemen’s Houthi rebels carried out a rocket attack on Saudi-led coalition forces stationed at the Al Anad air base in the Lahij governorate, killing and injuring dozens of service personnel, a Yemeni military source told Sputnik on Sunday.

“Ambulances took those killed and injured to Al Houta and Aden. Most of those killed were Yemenis newly conscripted into the government’s army and Sudanese servicemen belonging to coalition forces, their positions were hit directly,” the source said.

The Al Anad air base, which contains an airport and Yemen’s largest training camp, is currently controlled by forces loyal to President Abd Rabbuh Mansur Hadi after being captured from Houthi fighters in August 2015.

The air base was struck by a Tochka tactical ballistic missile, the source said, adding that coalition forces’ military equipment suffered significant damage as a result of the attack.Yemen’s southern Lahij governorate borders on the Taiz governorate, which has seen intense fighting between Houthi and government forces over recent months.

Yemen has been engulfed in a military conflict between the government and Shiite Ansar Allah movement, also known as Houthi rebels, who have been supported by army units loyal to former Yemeni President Ali Abdullah Saleh. Since late March, a Saudi-led coalition has been carrying out airstrikes against Houthi positions at the request of Hadi.