You are here: Home / Senza categoria / Houthi retreat in Yemen shows the limits of Iranian power 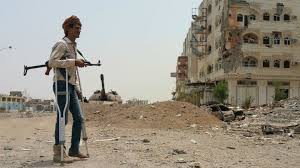 While regional news remains dominated by the dramatic events under way in Syria, further south and east important developments are taking place in one of the more neglected arenas of the regional struggle – Yemen.

Events in Yemen are noteworthy because they counter the notion that as a result of the Obama administration’s exit from the region and in the wake of the nuclear agreement, an unstoppable Iranian advance across the Middle East is inevitable.

In Yemen, what is taking place is the halting of an Iranian client by forces supported by the Arab Gulf states, most importantly Saudi Arabia and the United Arab Emirates.

The Iran-supported Ansar Allah movement, more popularly known as the Houthis, seized control of the Yemeni capital, Sanaa, in March. The government of President Abd-Rabbu Mansour Hadi was forced into exile in Saudi Arabia. The Houthis and their allies then began a march to the south, intending to seize the Gulf of Aden and unite the country under their control.

Preventing this was a matter of strategic importance for the opponents of the Houthis and of their Iranian backers. Control of southwest Yemen would have given the Houthis (and hence the Iranians) the ability to choke off energy supplies making their way from the Persian Gulf to the Suez Canal via the narrow Bab el-Mandeb Strait.

The Houthi offensive, in which the Zaidi Shi’a tribesmen were supported by military elements loyal to the ousted dictator Ali Abdullah Saleh, stalled in the face of Saudi-supported resistance.

The Houthis came close to capturing Aden City in late March. But that was the furthest point of their advance.

In the course of the summer, Saudi- and UAE-supported forces succeeded in driving the Houthis out of Aden, enabling Hadi to return to the city.

As of now, after the death of around 4,900 people in the conflict, the Houthis have agreed to adhere to a seven-point plan brokered by the UN at talks in Muscat, Oman. The plan includes a cease-fire and the return of the government to Sanaa.

It is not yet clear if the cease-fire will be implemented, and skepticism is justified. But if the reports are correct, the Houthi declaration follows a series of defeats they have suffered at the hands of the Saudi- led coalition in recent weeks.

Coalition forces recently secured the Bab el-Mandeb area and also captured the strategic Marib Dam in Marib province, held by the Houthis since the spring. Saudi-supported forces are poised to begin an assault on Taiz province, one of the last remaining strongholds of the Houthis in the south of the country.

The largely ignored events in Yemen reflect the reality of an ongoing Saudi-Iranian contest, which itself forms part of the broader Sunni-Shi’a conflict currently bisecting the Middle East. Success in restoring the Hadi government in Yemen, if it takes place, will be a major boost to the Saudis, who fear being encircled by pro-Iranian forces, given Iranian influence in Iraq and Yemen.

Other than the strategic issue of control of Bab el-Mandeb, why should events in Yemen matter outside of its immediate environs? They matter for the following reason: In the series of Saudi-Iranian proxy wars taking place across the region, the Iranians appeared to enjoy a clear advantage.

Iran being a revolutionary republic, possessing an instrument specifically designed for the establishment and promotion of proxy political-military organizations (the Quds Force of the Revolutionary Guards), their ascendancy seemed assured. Many rightly fear that once the Iranians begin to receive sanctions relief following the conclusion of the agreement on their nuclear program, they will be free to continue and increase their support for the long list of regional proxies they maintain.

But in Yemen, the Saudis appear to have held an Iranian proxy to a draw. The Houthis are not destroyed, but their victory and serious strategic gains for the Iranians have been prevented.

This process fits into a larger picture, in which Iranian interference – in Yemen, in Syria, in Iraq – appears more usually to lead to the division of countries and ongoing civil war rather than to a clear Iranian triumph.

Only in tiny Lebanon can an Iranian proxy (Hezbollah) be said to have established a position of acknowledged military superiority.

But even there, Hezbollah does not seek to rule alone.

Thus, Iran finds itself in a position of involvement in a whole series of conflicts in the Middle East, supporting powerful players, while prevailing as yet in none.

Events in Yemen this week offer further proof that any notion of an Iranian juggernaut sweeping over the Middle East as a result of US withdrawal from it is exaggerated.

The Iranians and their allies are powerful regional players, but inbuilt limitations are likely to prevent them from achieving the regional hegemony they dream of.

Iranian regional machinations are set to continue exacerbating strife and division across the region, but without clear victories for Tehran.