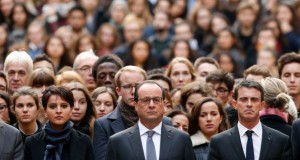 French President Francois Hollande on Wednesday announced he would drop the plan to reform the Constitution by including clauses which will make it easier to prolong state of emergency and strip French citizenship from people convicted of terror charges.

“I decided, after meeting presidents of the National Assembly and the Senate, to end the constitutional debate (on security bill),” Hollande said in a short speech.

“The National Assembly and the Senate have failed to agree on a text and a compromise seems out of reach even on the definition of revoking nationality for terrorists,” he added, deploring part of the opposition that “has been hostile to a revision of the constitution”.

After gunmen and suicide bombers killed 130 people in Paris on November 13 last year, the Socialist head said he wanted to insert state of emergency rules in the constitution. In addition, he presented a bill allowing the citizenship of all dual nationals, including those who were born in France and convicted terrorists, be stripped.

During month-long heated debate, the constitution reform drew domestic critics of Hollande even from his ruling camp, who say the security bill would be inefficient and undermine the country’s values and freedom of expression and gathering.

Despite his failure to pass the reform, Hollande pledged to honor “commitments to ensure the country’s security and to protect the French against terrorism”.