You are here: Home / Mediterranean / Hizbullah obtained naval missiles that could threaten Israel 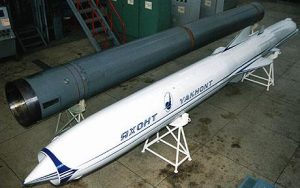 Hizbullah has been able to obtain strategic naval capabilities that could threaten Israel during any upcoming war, Israeli reports have said according to naharnet.com .

It is believed that Hizbullah was able to obtain around eight P-800 Onyx shore-to-sea missiles, also known in export markets as Yakhont, the reports said.

The party could use the Onyx missiles to “significantly threaten the Israeli Navy, the US Sixth Fleet and civilian vessels in the Mediterranean, as well as Israel’s newly built oil and gas rigs,” Israeli intelligence officials stated.

“The Russian anti-ship Yakhont missile can be fired from the shore and has a range of up to 300 kilometers. Even the most advanced missile interception systems are unable to effectively intercept it,” said the reports.