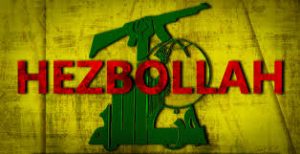 Two Israeli citizens from an Arab Israeli town in northern Israel were arrested in early June for allegedly working for Hezbollah as part of the Iranian-backed terrorist organization’s efforts to collect sensitive information on Israel, the Shin Bet security agency revealed according to israelhayom.com.

According to security officials who interrogated the two women, they were recruited by a former resident of their village who is now residing in Lebanon.

The recruiter works as a journalist at the Lebanese paper Al-Akhbar, which is considered a mouthpiece of the terrorist organization, while also serving as Hezbollah’s recruiter together with her husband Bilal. Both have apparently been tasked with contacting Arab Israelis and making them work for the organization.

In 2019, the recruiter met in Turkey with the two prospective recruits from her former village. The two were subsequently interrogated for allegedly joining the organization.

During their interrogation, they shed light on the methods used by the organization in Israel. The Shin Bet later contacted Bilal and warned him and his wife that the Israeli authorities were aware of their recruitment operation.