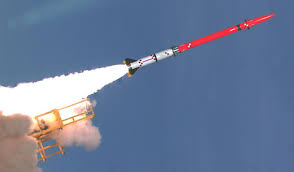 It was coincidence that Hezbollah leader Hassan Nasrallah gave his usual “threatening speech” on Monday night after the Defense Ministry announced its successful trial of the David’s Sling missile defense system. However, there is a connection between the two events. David’s Sling is a system for intercepting  medium-range missiles which was developed in answer to the threat posed by the missiles and rockets in the hands of the Shi’ite Lebanese organization.

Nasrallah said in his speech that his organization sees Israel as being responsible for the assassination of Hezbollah operative Samir Kuntar, vowing to avenge the attack at the time of his choosing. It is likely that because of Hezbollah’s involvement in the civil war in Syria, which exacts a high price from the group, the retaliation is not a top priority for the organization. However, there is no doubt that the group will try to take revenge with terror attacks abroad against Israeli targets and also with attacks on the Golan Heights from Syria.

On Monday, the Defense Ministry’s Israel Missile Defense Organization announced that it had successfully completed the last phase of trials for the David’s Sling, concluding the five-year long development of the system. The system is now scheduled to be delivered to the Air Force, which has already begun training the first crews to operate it, and it will likely be operational by the end of 2016, but not before its interception accuracy is tested thoroughly. According to the defense establishment’s plan, the system’s batteries will be deployed at four sites throughout the country.

The system, developed by Rafael Advanced Defense Systems and the US defense company Raytheon, was partially funded by the US government. Originally, the David’s Sling was intended to intercept rockets with a range up to 200km. and to serve as a second layer of defense between the Iron Dome (which had its interception range increased from 40km. to 70km.) and the Arrow, which is intended to shoot down ballistic missiles outside of the atmosphere. However, since then, the David’s Sling has been equipped with additions and technological advancements that will enable it to intercept missiles carrying warheads with dozens of kilograms of explosive materials at greater ranges and even higher altitude.

The head of the program at Rafael, whose name is kept secret, said Monday that the idea behind the system is “to enable interceptions, even of precise missiles, at a great altitude of hundreds of kilometers, far from the area being shielded.” The system was developed to intercept drones as well.

With all of the praise for the technological breakthroughs, it is impossible to ignore the problems and challenges the system presents, if and when it faces the real test – missiles being fired at Israel. Among the massive stockpile of more than 100,000 rockets and missiles at Hezbollah’s disposal, there are a few thousand missiles that fit the definition “medium-range.” Even if most of them are destroyed by the Israel Air Force before they have a chance to be fired when a potential war starts, the organization will still be left with enough missiles to launch at multiple targets in Israel at ranges reaching as far as the nuclear reactor in Dimona.

The big challenge for David’s Sling will be to intercept barrages of rockets with maneuvering capabilities, and that’s before taking into account the cost. The system is a very expensive one. While one Iron Dome interceptor missile costs some $70,000, the estimated cost of a David’s Sling interceptor missile is approximately a million dollars. Therefore, if the issue of cost vs. cost effectiveness is important, but not critical in the case of Iron Dome, when it comes to the David’s Sling, the issue of cost will play a considerable part in deciding  when to operate the system.