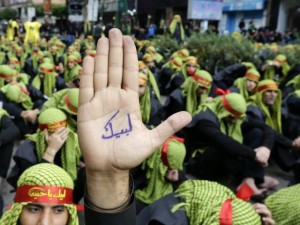 Hezbollah is also involved in money laundering and provides its expertise in the illicit practice to other drug trafficking groups in Latin America, including Los Zetas in Mexico.

“Multiple financial actions by the [U.S.] Treasury Department in recent years have highlighted the ability of Hezbollah, a terrorist group with reputedly sophisticated financial expertise, to exploit the international financial system and move and store illicit assets,” notes the House Financial Services Committee Task Force to Investigate Terrorism Financing in its report.

“In 2011, Lebanese-Colombian national Ayman Joumaa was indicted in the United States for cocaine trafficking with links to the Mexican Los Zetas group and laundering millions of dollars in drug proceeds across Latin America, West Africa, and Europe—some portion of which he reportedly reserved as profit to Hezbollah,” it adds.

Echoing the report, Joseph Humire, an expert on Iran’s presence in the Western Hemisphere and executive director at the Center for a Secure Free Society (SFS), told Breitbart News in September that various Latin American transnational criminal organizations (TCOs), including Mexican drug cartels, are paying Hezbollah a “tax” to move people, narcotics, weapons, and other contraband in and out of the Americas.

While it remains unclear exactly how much money Hezbollah generates from its illegal activities in Latin America, Lt. Gen. Kenneth Tovo, former deputy commander of U.S. Southern Command (SOUTHCOM), estimated in March 2015 that illegal drug trafficking in the region generates at least “tens of millions” for Hezbollah.

Based in Lebanon, the Shiite Muslim terror group Hezbollah has been linked with South American drug trafficking organizations operating out of the tri-border [Paraguay, Argentina, Brazil] region. This criminal partnership has generated millions of dollars in revenue for the group to fund their operations in the Middle East. Further, there is a growing concern that terrorist groups could use Latin American criminal organizations to infiltrate the United States.

The report points out that U.S. law enforcement has affiliated Hezbollah’s drug trafficking operations with the U.S.-designated terrorist group the FARC, which is identified as one of the Latin America-based groups that controls the majority of the illicit cocaine cultivation and production across the world.

In June, Braun told the House Financial Services Committee that Hezbollah is generating millions from a “cocaine money laundering scheme” in Latin America that “provides a never-ending source of funding” for its terrorist operations.

Also in June, the U.S. State Department reported that Venezuela, which has refused to cooperate with the United States’s counterterrorism efforts in Latin America for nearly a decade, provides a “permissive environment” within its borders that promotes ideological and financial support for Hezbollah.

The task force notes that a Venezuela-led group of South American Countries is behind the operations of criminal networks that are creating alliances with terrorist groups such as Hezbollah.

National security expert Douglas Farah, president of IBI Consultants LLC and senior visiting fellow at the National Defense University Center, told lawmakers in May 2015 that the “convergence of terrorism, transnational crime, and corruption [is]… a significant strategic threat to the United States.”

He claimed that a bloc of South American countries, led by Venezuela, are operating transnational organized criminal networks and creating alliances across the world with terrorist organizations, including Hezbollah and the FARC, adding that they often use the proceeds from drug trafficking as their revenue source.

The “bloc of countries, led by Venezuela, now operate jointly both as a political project with an underlying goal of harming the United States, and as a joint criminal enterprise,” testified Farah.

According to the House task force, the nexus between criminal groups and terrorist organizations in Latin America is growing.

The task force acknowledges that Hezbollah operations in the Western Hemisphere extend to the United States, noting, “Hezbollah [has] financed its activities in part by using shell companies in North Carolina to smuggle cigarettes to finance terrorism.”

“The [task force] report underscores the need for a continued and greater focus on the matters related to countering terrorism financing in this country as well as working with our friends and allies around the world,” he said.