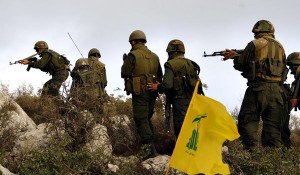 Forces of the Lebanese Hezbollah resistance movement targeted a gathering of the ISIL terrorist group in Northeastern Lebanon, killing and wounding a number of them, like reported by farsnews.com .

The media bureau of Hezbollah Operations Command announced in a statement on Friday that resistance fighters struck the militant group’s position in the Wadi al-Sahrij region of Ras Baalbek village in the northern Beqaa Valley with a rocket, Al Manar reported.

On November 21, 2016, Hezbollah  forces targeted militants belonging to the Ahrar al-Sham group on the outskirts of the eastern border village of Tfail, inflicting casualties on the terror group.

Lebanese resistance fighters struck a ISIL inspection post in Zeituniya area on the outskirts of the border al-Qaa and Ras Baalbek villages on June 16, causing casualties among the ranks of extremists.

In August 2014, Fatah al-Sham Front, formerly known as al-Nusra Front, and ISIL terrorist groups overran the Eastern Lebanese town of Arsal, killing a number of Lebanese forces. They took 30 soldiers hostage, most of whom have been released.