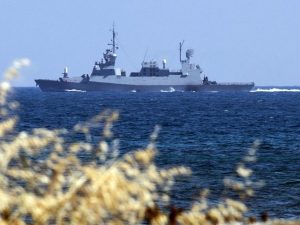 In response to the growing rocket threat to Israel’s offshore energy assets, the Israel Navy is tweaking the design of its new Sa’ar-6 corvettes now under contract in Germany to make room for twice as many Iron Dome interceptors as originally planned, like reported by breitbart.com.

In an interview at Navy headquarters in Tel Aviv, a senior officer said growing quantities of 122mm Grad-type rockets and longer-range projectiles in the arsenals of Lebanon-based Hizbollah has prompted the Navy to rethink early requirements, which called for a single Iron Dome launcher to be integrated into each of the four ships now under contract with Kiel, Germany-based ThyssenKrupp Marine Systems (TKMS).

“Because of this growing threat, we’re adding another [Iron Dome] launcher on the Sa’ar-6,” the officer said of the new, 1800-ton displacement versions of the Blohm+Voss Class 130 corvette selected by Israel for defense of offshore assets in its exclusive economic zone.