You are here: Home / MidEastGulf / Hezbollah ‘planning’ to attack Syria 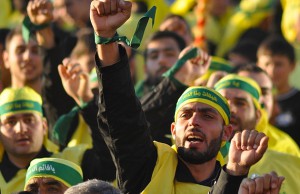 Hezbollah’s leader said his Lebanon-based militant group will launch an attack inside Syria against al-Qaeda-linked insurgents in the mountain region along the countries’ border.

Local media and Syrian opposition have speculated that such an assault could start within days in the Qalamoun area, and Hezbollah fighters clashed with gunmen from the same Syria-based insurgent group, Nusra Front, in a different border zone on Tuesday.

The attack “will announce itself when it happens,” Sayyed Hassan Nasrallah said in a televised speech. It would be in Qalamoun, but “as for its goal, place or where it will extend to.. This …we do not declare now.”

Lebanese officials have warned Hezbollah against launching a cross-border attack, which they say would drag Lebanon, which suffered a civil war in 1975-90, further into the Syrian conflict.

The Shi’a Muslim group is a staunch ally of Syria’s President Bashar al-Assad and has sent hundreds of combatants to fight alongside his forces in the four-year civil war.

It has lost dozens of fighters, including several commanders, in battles in Syria.

A Hezbollah incursion could also put at risk the lives of Lebanese soldiers and police taken captive along the border last year by Nusra Front and the jihadist Islamic State group, officials say.

Fighting from Syria has spilled into Lebanon several times in recent years, with car and suicide bombings in Beirut, fighting in the northern city of Tripoli, and rocket attacks on Bekaa Valley towns close to the frontier.

Nusra Front fighters have regularly been active in areas close to the Syrian border and have targeted Hezbollah and Lebanese army positions in the past.

Casualties from Tuesday’s clashes, on the Lebanese side of the border near the mountain towns of Toufeil and Britel, were “very high,” a Hezbollah source told Reuters.

There was no immediate reaction from Nusra Front, which has recently been on the offensive in northwestern Syria and took the city of Idlib this month for the first time in the conflict.

Nasrallah played down the importance of recent setbacks for Assad’s forces, including the loss of Idlib. “Losing a round does not mean one lost the war,” he said.