You are here: Home / Senza categoria / Hezbollah in South America: the threat to businesses 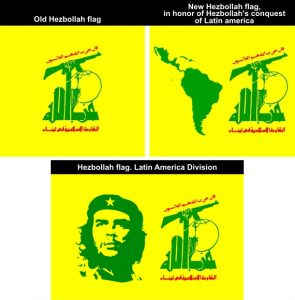 Businesses must take a variety of threats from Hezbollah into account when operating in South America. Chief among these is corruption, which Hezbollah exploits — and which can also adversely impact business operations. Terrorism, by contrast, is less of an issue than collateral damage from its criminal operations, like reported by stratfor.com.

Businesses that stay honest face an uphill battle when competing against those like Hezbollah who have bought an advantage from corrupt officials. Hezbollah’s production and export of counterfeit products including everything from Ray-Bans to CDs and DVDs, pharmaceuticals to fake Sony electronics, flood local markets and undercut legitimate vendors. In no case, of course, should businesses attempt to level the playing field with bribery, which could draw harsh U.S. legal sanctions.

Moreover, the Trump administration has said it is going to make a priority of targeting Hezbollah’s global criminal network. Since South America is the most active hub for Hezbollah activity outside of the Middle East, this would be a logical place for it to begin. While the United States most likely will attempt to do so, the timing and effectiveness of its crackdown remain unclear, and its investigations and actions could take months or even years to complete.

Moreover, Washington must rely on cooperation from local governments, which may be difficult to obtain. Unlike the United States, none of these countries classifies Hezbollah as a terrorist organization, hindering efforts to crack down on it. Moreover, in Venezuela, the government actively aids Hezbollah, and the group’s cooperation with organized criminal syndicates and corrupt officials continent-wide allows it a great degree of freedom in the region.

Still, businesses should be aware that Washington will likely be scrutinizing the region more heavily. A U.S. crackdown on Hezbollah activity there could affect entities in South America and elsewhere, including business selling a variety of legal products such as cigarettes, used cars, electronics and other goods to Hezbollah-linked businesses. Indeed, many of the front companies Hezbollah uses for money laundering appear to be legitimate businesses operated by normal people and engaged in business with other legitimate businesses around the globe, such as in used cars — a sector where Hezbollah is heavily involved — anywhere from the United States to West Africa.

Terrorist attacks, of course, can also cause collateral damage to businesses. Though Hezbollah has not carried out an attack in South America since the 1990s, its operatives have been arrested as recently as 2014 for planning attacks targeting Jewish and Israeli targets in Peru. But despite much speculation on the issue, we deem it unlikely that Hezbollah would use its Latin American base to launch an attack against U.S. interests.

Hezbollah understands that a major attack on U.S. interests would invite direct retaliation against the group’s core in Lebanon, similar to the American reaction to al Qaeda in the wake of Sept. 11. And as Israel has demonstrated time and time again, Lebanon is far easier to strike than Afghanistan. Any attack linked back to its financial and logistics networks in South America would also prompt a crackdown on those networks, greatly reducing their profitability. With Syrian financial support for Hezbollah dried up and Iranian support potentially in jeopardy due to Iran’s financial situation, its South American networks are vital to Hezbollah’s financial welfare. So while Hezbollah could conduct attacks against the United States, it is unlikely to do so.

Businesses in the region face a greater risk of collateral damage from attacks or violence associated with drug trafficking. Although Hezbollah has an incentive to tamp down drug-related violence for the same reason it will avoid terrorism — namely, violence draws official action, and government action is bad for business — the violence associated with these routes and networks could still adversely impact operations by disrupting legitimate supply chains and posing a threat to employees in the field.

The vacuum of authority in which drug trafficking groups such as Hezbollah operate also gives common criminals space to operate, posing a direct threat to corporate operations. For example, Hezbollah is heavily involved in stealing cars in Brazil and Peru, which it then sells in its used car operations.