You are here: Home / MidEastGulf / Hezbollah fighting alongside Houthis in Yemen 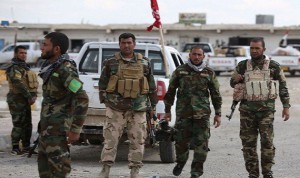 According to the newspaper sources, Hezbollah and Iran’s Revolutionary Guard were present in Yemen to train the Houthis even before the coalition launched the strikes. The sources maintained that the military experts and fighters of Lebanese nationality entered Yemen’s Saada before the rebels captured large swathes in the country.

Earlier in the day, media reported that two Iranian officers who allegedly served as military advisers to the Houthi rebels had been kidnapped in the Yemeni port city of Aden. A source at the Iranian Defense Ministry dismissed the reports in an interview with Sputnik, adding that these allegations are attempts of certain countries to prove that Iran is involved in the military operation in Yemen.Yemen has been in turmoil since the Shiite Houthi rebels began quick advances in several locations across the country. In January, Houthis captured presidential palace and key governmental buildings in Sanaa, prompting President Hadi to resign. Later, Hadi rescinded his resignation and fled the country.

Iran and Hezbollah movement have condemned the airstrike campaign against the Houthis, while US Secretary of State John Kerry said earlier in the week that Iran had been “obviously” providing military assistance to the rebels.