You are here: Home / Mediterranean / Hezbollah Commander Mustafa Badreddine killed by his own men

Killing of Mustafa Amine Badreddine last year shows the ‘depth of the internal crisis within Hezbollah,’ Gadi Eisenkot says, according to haaretz.com 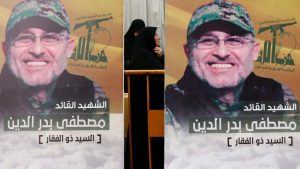 Israel’s army chief said on Tuesday that Hezbollah’s military chief was killed by his own commanders.

Lt. Gen. Gadi Eisenkot said reports that Mustafa Amine Badreddine was killed by Hezbollah officers are in accordance to “intelligence we have.” The incident “attests to the depth of the internal crisis within Hezbollah,” he added.

Badreddine, one of Hezbollah’s highest ranking military commanders, was killed in Syria in May last year. Initial reports attributed the attack to a covert Israeli operation, but signs suggested otherwise.
Badreddine was said to have assumed the position of his brother-in-law, Hezbollah commander Imad Moughniyeh, who died in a 2008 assassination in Damascus also attributed to Israel.

However, some dispute his official status as the group’s military leader, saying he was only in charge of its operations in Syria, as Hezbollah has never publicly named a successor for Moughniyeh, whose son Jihad was also killed in Syria in an attack said to be Israel’s doing.

A U.S. Department of the Treasury statement detailing sanctions against Badreddine had said he was assessed to be responsible for the group’s military operations in Syria since 2011, and he had accompanied Hezbollah leader Sayyed Hassan Nasrallah during strategic coordination meetings with Assad in Damascus.

Describing Badreddine as “the great jihadi leader,” Hezbollah had announced his death in a statement, saying he “took part in most of the operations of the Islamic resistance since 1982.”

“But from Israel’s view, the more people with experience, like Badreddine, who disappear from the wanted list, the better,” he added.