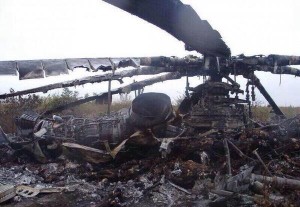 All 25 people on board a civilian helicopter, which crashed west of the Libyan capital of Tripoli on Monday, were killed, the Erem News web portal reported Tuesday.

According to Erem News, the cause of the crash is still unknown, but heavy fighting between various armed groups has been reported in the area.

The helicopter may have been hit by gunfire before crashing in the coastal area, the source said. It had been carrying cash for a local bank on the way out and was returning with local residents to Tripoli.

Libya has been in a state of turmoil since early 2011 after the Arab Spring protests led to a civil war and the overthrow of long-time leader Muammar Gaddafi.