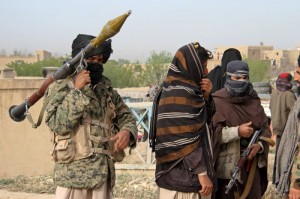 Heavy clashes have been reported among the top Taliban leaders in western Herat province of Afghanistan.

According to a security official, speaking on the condition of anonymity, clashes erupted among the supporters of Mullah Akhtar Mansoor and another Taliban leader Mullah Mohammad Rasool.

The official further added that clashes started around 5:00 am local time in Shindand district and heavy gun fire still continue between the supporters of two sides.

The clashes between the supporters of top Taliban leaders comes amid reports regarding the death of Mullah Akhtar Mansoor who was injured in a gun battle in Quetta city of Pakistan.

There are no reports regarding the casualties as a result of the clashes and the Taliban group yet to comment regarding the incident.