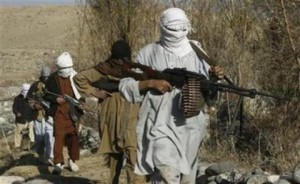 The sources said that the clashes erupted in Zawa area of Khogyani District due to which the ISIL suffered nine casualties, including five dead and four wounded.
Those killed included the group’s local commander Qari Mirwais Alias Nasrat.
Taliban suffered 15 casualties. Seven of the group’s fighters were killed and eight others wounded.
The ISIL was operating in Iraq and Syria for years but it emerged in Afghanistan a few months ago.
Some local commanders of Taliban pledged allegiance to the Emir of the ISIL and opened a new chapter in the war in Afghanistan.
The ISIL wants Taliban to fight under its black flag but Taliban want the ISIL to leave Afghanistan.
The disagreements have prompted severe clashes between the two groups leaving dozens of insurgents killed, most of them in Nangarhar province.