You are here: Home / Analysis / Has Al-Shabaab’s allegiance pledge to al-Qaida influenced its bombing campaigns in Africa? 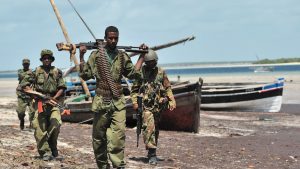 Similar to several insurgent groups in Africa, Al-Shabaab in Somalia has pledged allegiance to al-Qaeda, which has implications for people`s safety in the continent, like reported by lse.ac.uk.

Some policymakers, practitioners and scholars assume that a pledge between insurgent groups increases terrorism in the base country or elsewhere.

However, new analysis finds that Al-Shabaab`s bombing attacks did not significantly change in Africa after the group pledged allegiance to al-Qaeda, which has implications for international stakeholders who are at risk of reproducing terrorist propaganda efforts.

As the leading actor of the global jihadist movement, al-Qaeda has developed a global alliance network with terrorist organisations around the world that share similar ideologies and goals. Several insurgent groups in Africa and the Middle East have pledged allegiance to al-Qaeda, declaring a cooperative relationship and support for each other.

Based in Somalia, Al-Shabaab has carried out major terrorist attacks, including in surrounding countries such as Kenya and Uganda. The leaders of Al-Shabaab swore allegiance to al-Qaeda under the leadership of Usama bin Laden, but its pledge was formally accepted by Ayman Al-Zawahiri, the successor of bin Laden, in 2012.

Counterterrorism policymakers, practitioners and scholars have different opinions on the influence of pledging on Al-Shabaab’s terrorist activities. Some counterterrorism experts have stated that pledging allegiance was a key strategy for Al-Shabaab to expand its activities and increase its success.

How does this formal expansion strategy influence a small group`s activities in a specific form of terrorism? In our research, we tested the role of pledging allegiance in terrorist activities of Al-Shabaab in Africa by analysing its bombing activities before and after its pledge to al-Qaeda.

How Al-Shabaab’s pledge affected bombing activities
The vector autoregressive (VAR) model in our study provides a way to examine the impact of Al-Shabaab’s pledge to Al-Qaeda on the occurrence and lethality of bombing or explosive attacks in Africa. To accomplish this, our VAR model accounts for interactions between the two time-series of bombing/explosive attacks and associated fatalities. Simultaneously, the models consider the impact of the pledging of allegiance on these two series.

Furthermore, the incidence (i.e., the number of bombings in a quarter) and lethality of bombing/explosive attacks (i.e., the number of casualties in the bombings) may interact and influence the future behaviours of one another. For instance, less frequent bombings may result in more fatalities, or more bombings may cause more fatalities, and so forth. Therefore, the impact of pledging may evolve over time within this cycle of interactions between the two series.

Nevertheless, the results of our analysis showed that there was no immediate nor long-term impact of Al-Shabaab pledging allegiance to al-Qaeda on the frequency and lethality of the bombing activities.

Even though we see a verbal commitment in the form of pledging allegiance between the two violent groups, it appears that this cooperative relationship did not bring enough logistical/operational support to increase the performance of Al-Shabaab on the ground.

Three factors limiting impact
There may be several explanations for our findings. First, the timing of the pledge was not ideal for al-Qaeda to provide sufficient support to Al-Shabaab due to its declining power, as a result of consistent counterterrorism efforts from the US and its allies, and also fierce competition with other jihadist organisations such as Islamic State (IS) in the global jihadist movement.

When IS invited Al-Shabaab to pledge to IS in 2015, this caused a rift among Al-Shabaab militants and caused the formation of a splinter group, Jahba East Africa, which pledged allegiance to IS and started to compete with Al-Shabaab in the region.

Second, Al-Shabaab had to change its focus from domestic to regional terrorist attacks after pledging to al-Qaeda, but this strategy shift increased pressure against them from international counterterrorism actors, such as the United States and the African Union. For example, when the leader of Al-Shabaab, Godane, was killed in a US airstrike in 2014, this move deepened leadership struggles and intensified internal power struggles among senior members of the group.

Of course, counterterrorism policies should continue to observe all cooperative relationship efforts between terrorist organisations, because any low-end cooperation such as pledging may evolve into high-end cooperation or merging with al-Qaida. But placing too much emphasis on the declaration of pledging allegiance may inadvertently serve the goals of terrorist organisations by providing a basis for their propaganda efforts in Africa, particularly where governance is weak.