You are here: Home / West Asia / Haqqanis main bone of contention with Islamabad 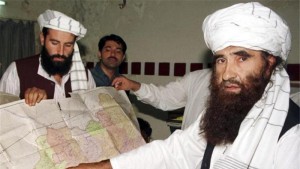 The Afghan government on Tuesday identified the presence of terrorist groups, particularly of the Haqqani network on the Pakistani soil “the main source of contention between the two neighbouring countries.

The declaration from the Presidential Palace in Kabul comes on the heels of a recent visit to Pakistan by United States National Security Advisor (NSA) Susan Rice.

The top security official reportedly warned Pakistani political and military leaders on Sunday that recent attacks in Afghanistan by militants based in the South Asian country threaten regional security.

Rice visited Islamabad amid tense relations between Afghanistan and Pakistan and warnings from Washington to hold back $300 million in military aid to Pakistan if not doing enough to combat the Haqqani network.

The Taliban recently confirmed their leader had been dead for two years, a revelation that derailed nascent peace talks between the Taliban and the government in Kabul.

The Presidential Palace in Kabul in a statement on Tuesday evening said Pakistan Prime Minister Nawaz Sharif’s National Security Advisor Sartaz Aziz’s recent remarks that the structure of the Haqqani network had been dismantled on the Pakistani soil as a result of an ongoing military operation “is a repetition of decade-old assertions.”

Aziz on Monday said the Haqqani network’s infrastructure had been dismantled in the North Waziristan tribal region near the Afghanistan border.

He told a joint news conference with German Foreign Minister Dr Frank-Walter Steinmeier that the ongoing military action in North Waziristan was against all terrorists, including Haqqanis.

“Haqqani network is no longer present in Pakistan; they have shifted to Afghanistan after the recent military operations in the area,” he said, adding the infrastructure supporting the group has been destroyed.

The improvised explosive device factories and communication facilities of the dreaded organisation had been disrupted, he said, two days after the United States also renewed its call for concrete action against the Haqqanis.

The statement from the Presidential Palace said that documents and evidence showed “the leadership, administration, covert support and safe havens of the Haqqani and other terrorist networks exist on the Pakistani soil.”

It said the Afghan government always provided enough documents to Pakistan proving terrorist groups operated on its soil in order Islamabad could take action against them.

The statement said the international community had recognised that terrorist groups, particularly the base of the Haqqani network, existed inside Pakistan. “The latest move by the United States to make conditional the military aid to Pakistan in view of Islamabad’s action against the Haqqani network and other groups is a confirmation stamp on Afghanistan’s legitimate stance.”

The Islamic Republic of Afghanistan once again insisted that denying these facts weakened the war against terrorism and cooperation between the two countries on the path to stability and peace in the region.

The statement said Afghanistan was committed to regional peace and stability and renewed its call on Pakistan to deliver in an honest way on the pledges it had made regarding terrorist groups and once again urged Islamabad to take serious action against the Haqqni network.