You are here: Home / West Asia / Haqqani Network still poses threat to US troops in Afghanistan 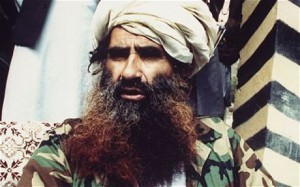 Commander of US and NATO forces in Afghanistan General John Nicholson said Haqqani Network continues to pose ‘greatest’ threat to the US troops in Afghanistan, adding that the terror outfit remains America’s principal concern.

“The Haqqanis still pose the greatest threat to Americans and to our coalition partners and to the Afghans”, he told reporters during a news conference on Saturday.

He said it was worth remembering that the Haqqanis have five American citizens as hostage right now, adding that the group remains a principal concern for the US.

“They do enjoy sanctuary inside Pakistan,” Nicholson said during a Pentagon news conference. Nicholson said he was looking forward to meeting the new Pakistani Chief of Army Staff General Qamar Javed Bajwa. He said he would meet him upon his return to the region next week.

“There are many areas of mutual cooperation with the Pakistanis with respect to the border, our joint efforts against terrorism and so forth. So, we’re looking forward to working closely with them”, he said.

Nicholson said the Afghan security forces have a hold on approximately 64 per cent of the population. This is down slightly from his 68 per cent that he talked about in September.

Nicholson said since the start of the Taliban’s campaign in April, the Afghan security forces have prevented them from accomplishing their strategic objectives. “They have been unable to mass because of airpower, both Afghan and coalition airpower, and therefore they resorted to small-scale attacks on checkpoints around cities in attempts to isolate the cities and create panic,” he said.

Expressing concern over the stability of the Afghan government going forward, he said his message to Afghan partners and members of the political opposition, was that the US respects their political process.

“Second concern would be the malign influence of external actors and particularly Pakistan, Russia, and Iran. We are concerned about the external enablement of the insurgent or terrorist groups inside Afghanistan, in particular where they enjoy sanctuary or support from outside governments,” Nicholson said.