You are here: Home / West Asia / Haqqani network on top as US shares list of 20 terror groups with Pakistan 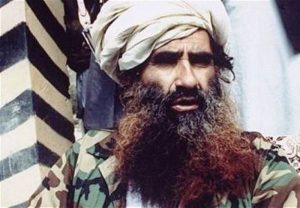 The United States has shared a list of at least twenty terrorist groups with Islamabad which Washington insists use the Pakistani soil for the terrorist activities in Afghanistan and elsewhere, it has been reported, like reported by khaama.com.

Diplomatic sources have confirmed to the local news outlet Dawn News that the White House retains a list of 20 terrorist groups that the Trump administration claims are operating in Pakistan.

The sources further added that the list has reportedly been shared with Islamabad by Afghanistan and the United States.

In the meantime, reports indicate that the US Secretary of State Rex Tillerson has said the US and Pakistan had been engaged in “a very healthy exchange of information on terrorists” since his visit to Islamabad last week.

Tillerson has further added that further information will also be shared with Pakistan in the future to include information on “specific location on any given day of where certain individuals or certain cells may be located.”

According to reports, the Haqqani terrorist network is on the top of the list shared with Islamabad as the US officials are saying that the network has safe havens in Fata and uses them to launch attacks into Afghanistan.

But the Pakistani officials reject the claims by Washigton and insist that no such safe havens exist in the country.