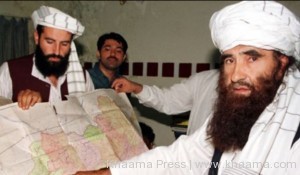 The Haqqani Nework members also attended peace talks with the Afghan officials in Islamabad, the capital city of Pakistan.

Eng. Mohammad asem, a member of the Afghan delegation who returned from Pakistan following the first round of talks, told reporters that the Haqqani Network members were also present during the meeting together with Taliban’s Quetta Shura members.

Another delegation member Mohammad Nateqi emphasized on the importance of the meeting, saying that the meeting was attended by senior Taliban and Haqqani network members.

The Haqqani terrorist network is accused of staging numerous cross-border attacks from their base in North Waziristan, including the 19-hour siege at the US Embassy in Kabul in September 2011.

The network is considered the most lethal insurgent group targeting the NATO-led coalition security forces and Afghan personnel in Afghanistan.