You are here: Home / West Asia / Haqqani Network and Taliban still act against Afghanistan from Pakistan 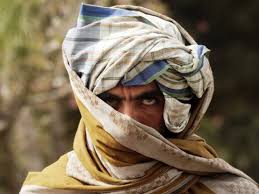 In his meeting with Ali Sait Akin, the Ambassador of Turkey to Afghanistan, Mr. Atmar said the Taliban group and Haqqani network are still based in Pakistan where they are receiving training and act against Afghanistan.

Atmar further added that the government of Pakistan has not important steps to prevent the activities of the two groups in their soil.

He also discussed bilateral relations between Afghanistan and Turkey, Afghan peace process and the Istanbul process, according to the spokesman of the National Security Advisor, Tawab Ghorzang.

Meanwhile, Atmar warned that a sustainable peace and stability would be impossible to achieve as long as the militant groups continue to use terrorism as a tool to achieve their political targets.

The Turkish ambassador Mr. Akin reaffirmed his country’s support to Afghanistan, specifically in training of the female police officers and hosting peace talks between the Afghan government and militant groups.