He has established himself as an al Qaeda leader. Now the United States has declared Osama bin Laden’s son a “global terrorist” 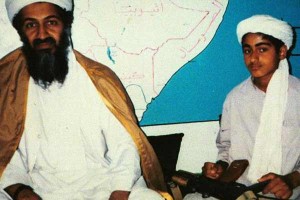 The few photos of Hamza bin Laden that are publicly available won’t likely be of much help to investigators: they stem from the time around the turn of the millennium. At that time, the son of Osama bin Laden was 12 years old. The images show a serious, perhaps even threatening, young boy, like reported by dw.co.

Wearing a turban and a camouflage military vest, the youth reads a communique – a pose in which he already presents himself as a voice for al Qaeda. Other photos from the time show him in the driver’s seat of an off-road vehicle with a bullet-riddled windshield or crouching on a stony plain with a machine gun in his hands.

These photos document the young man’s journey to jihad – a career that would eventually lead him to the highest ranks of international terrorism: In early January, the US State Department declared him an “international terrorist.” It is a title once held by his father.

In the eyes of al Qaeda strategists, his inclusion on the State Department list will no doubt raise Hamza bin Laden’s credibility and authority within the organization. The title is seen as a badge of honor among jihadis. And, though hundreds of individuals are on the list, Hamza, as the son of Osama bin Laden, will certainly be a standout.

Al Qaeda will undoubtedly be happy about the label: Hamza bin Laden is currently thought to be the most likely candidate to take over leadership of the terrorist network. After Osama bin Laden was killed by US special forces in the spring of 2011, his confidant, the Egyptian Ayman al-Zawahiri, became the voice and face of the group. However, al-Zawahiri, who was born in 1951, had none of the charisma of his predecessor. For that reason, it is thought that Osama’s own charismatic son Hamza is destined to lead the organization.

As the photos show, it is a role for which the young man was groomed early on. “His father took him by the hand from a young age,” explains terrorism expert Peter Bergen, author of the book “United States of Jihad.” “Hamza has been very much indoctrinated with the whole jihadi kind of message. He’s a true believer. I think that makes him a concern.”

As he grew older, bin Laden became more involved in al Qaeda’s activities. It is thought that he can be seen in a 2005 video of an attack on Pakistani security forces in the border region between Pakistan and Afghanistan.

Over the past few years, he has increasingly presented himself as a leading jihadi in al Qaeda. In August 2015 he released an audio message calling on his adherents to take the fight to Washington, London, Paris and Tel Aviv.

In another audio message, from May, he spoke about the conflict in the Middle East and the war in Syria. The “blessed Syrian revolution” has made the “liberation” of Jerusalem more likely, he exclaimed. He went on to say that jihadis fighting there should join forces. “There is no longer an excuse for those who insist on division and disputes now that the whole world has mobilized against Muslims.”

That same month, al Qaeda boss al-Zawahiri announced that the young man had been admitted to the organization’s leadership.

Bin Laden released another audio message in July, proclaiming that “we are all Osama,” and threatening the United States. In the message he announced that he would seek revenge for his father’s killing. Further, he stated that his organization would respond to the “oppression of the people of Palestine, Afghanistan, Syria, Iraq, Yemen, Somalia and the rest of the Muslim lands that did not survive your oppression.” Revenge for his father’s death, he said, would not only be carried out in his name, but in the name “of all who defend Islam.”

Those public statements, released within such a short period of time, suggest that al Qaeda is seeking to intensify its recruiting efforts. Over the last several years the group has lost much of its attractiveness, as more and more young Islamists have turned to the so-called “Islamic State” (IS).

Unlike al Qaeda, IS is putting its energy into establishing a caliphate, which it hopes to spread across the globe. In contrast, al Qaeda has much more modest aims. Al-Zawahiri’s fighters are primarily concerned with ending the presence of Western, but especially US military forces in the Middle East. They see this as a prerequisite for establishing a just Islamic order in the region. As well, they are committed to fighting what they see as corrupt rulers, such as the Saudi royal family in Saudi Arabia.

IS presents itself in a much more brutal fashion than al Qaedas. Although al Qaeda also decapitated prisoners, it never did so on the scale that IS has. IS has also made a name for itself through systematic rape and unbridled brutality. IS videos, which propagate this culture of brutality, have apparently also brought the group many new recruits. “One should not underestimate the power of these images,” as French Islamist Mickaël Devredt, alias “Abu-Rayan,” explained to terrorism researcher David Thomson. Today’s generation of 18-to-20-year-olds is the first to have grown up with the internet. “And just imagine what effect they have on the mind of a person that has grown up with Islamism.”

Thus far, al Qaeda has offered little to counter the propaganda disseminated by IS. Hamza bin Laden’s rise to the top of al Qaeda could be an attempt to change that.